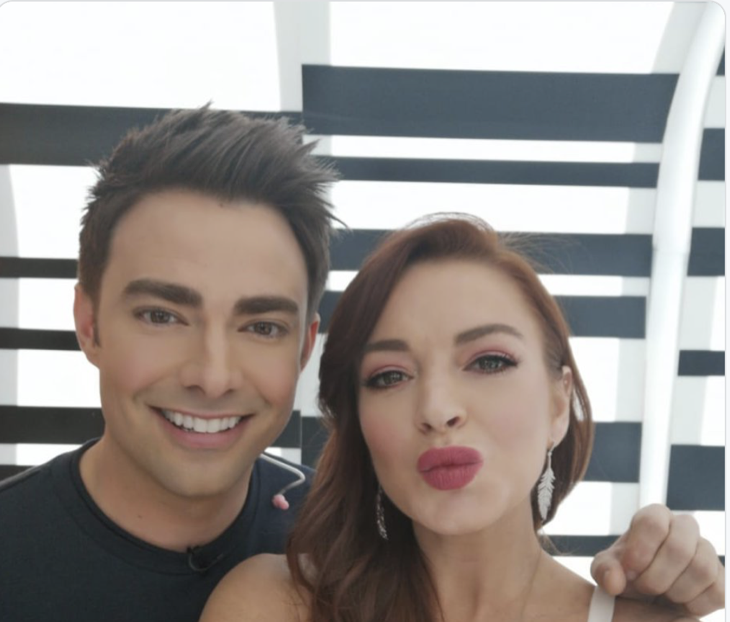 Lindsay Lohan had something to say to CBS after her mom Dina Lohan returned from filming Celebrity Big Brother 2.

The star took to Instagram and shared a photo that captioned, “Finally #family @alianalohan #free @cbs_bigbrother you suck and get no Valentine’s from @lohanbeachclub @mtv,” She added, “My mother is an AMAZING woman and she did so well.” The Mean Girls star also said, “The secrets she told me a few hours ago are going to #EXPOSE #YOUALL #dinalohan #dfwm.”

It is still unclear what secrets Lindsay Lohan was referring to, which she said she’ll expose to the public. But what’s clear at this point is that her mother, Dina Lohan, made the headlines when she revealed to some of her fellow housemates that she had not yet met her half-a-decade boyfriend face to face, and not even on FaceTime. Viewers may have been shocked but Dina does not seem to care. She said while filming the CBS reality series, “I can’t wait to tell you about this guy. I’ve been talking to him for five years. Like, every day. A lot… I feel like I know him. You know when you talk to someone on the phone, like, you feel like you know them?”

The 56-year-old was referring to Jesse Nadler who currently resides in San Francisco. Dina promised that her beau is real and what they both share is personal. She also revealed that she is talking to the guy’s mom and that she plans to marry him someday.

Meanwhile, Michael Lohan doesn’t seem to have any problems with Dina and his boyfriend. He’s even rooting for them both and said that he just wants to see Dina happy. He described Nadler as “a nice guy with a good heart.”

“Dina needs somebody in her life she can trust, and quite honestly, after my communication with him and knowing her, they are perfect for each other,” he added.

Dina Lohan was evicted by Ricky Williams and it was Tamar Braxton who won CBS’ Celebrity Big Brother Season 2.

Congrats. God bless you. But you are not any friend of women. You’re deceptive and conniving and so is this #RR MONEY IS MORE TO YOU than being a strong woman #sadness bless you #HappyValentinesDay #KarmaSuperHit