The Young and the Restless: Who Is A Better Match For Kyle–Lola Or Summer— Vote Now! 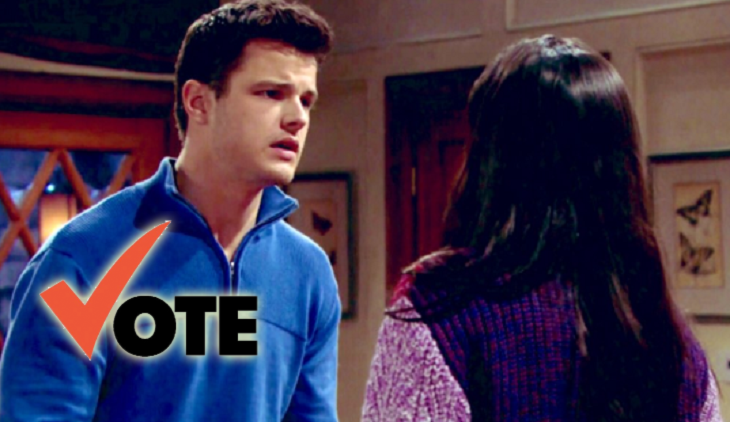 It doesn’t seem logical on The Young and the Restless. But ‘Kola’ may not be Kyle’s (Michael Mealor) best love match or at least Lola (Sasha Calle) thinks so. Miss Rosales’ feared suspicion may have already been affirmed, with Summer (Hunter King) being the better pairing for Kyle.

‘Kola’ fans, of which there are legions, were heard strongly disagreeing with the above conjecture. Their feelings are respected and may eventually, some would write, hopefully, be proven true. But those emotions aren’t steeped in current facts that played out on the outskirts of Genoa City.

‘Syle’ fans, of which there might be only one, with her name being Summer, believe that Lola was nothing more than a distraction. Her honorable principles, besting Summer’s by an infinite number of moral miles, combined with a lack of relationship experience may possibly have doomed any chance ‘Kola’ had to become a lasting couple from the start.

Our #WCW is the incredible @SashaCalle! We just ♥️ how well she plays Lola on #YR. Don’t you?? pic.twitter.com/E08GpqTuDT

Kyle hasn’t been using Lola as a replacement for Summer, as he genuinely does care about her. Whether his feelings or Calle’s refreshing alter ego’s are enough to repair and then indefinitely sustain this hoped-for couple is currently an unanswerable question.

After a heart-to-heart with Jack (Peter Bergman), Kyle’s dad makes a nice gesture. He gives Lola the cabin address and encourages his son’s seeming true love to visit him on St. Valentine’s Day. Then, consider what Lola happened upon, after begging Arturo (Jason Canela) to borrow his vehicle because the food truck wasn’t viable?

Peering in the window, Lola sees Kyle and Summer kissing, and passionately no less. Kyle’s subsequent explanation was lame, his refusal to kick Summer out during those proceedings, and foolish allowance of her into his family’s space to begin with caused ‘Kola’ to likely sever ties before the trio’s eyes.

King’s transformed character was more than happy to egg Lola on while ‘Kola’ was having its latest couple’s dispute. Summer believes in ‘Syle’ and could soon be given credit for seeing what the other two people in this triangle didn’t. Kyle actually wants Summer more than Lola.