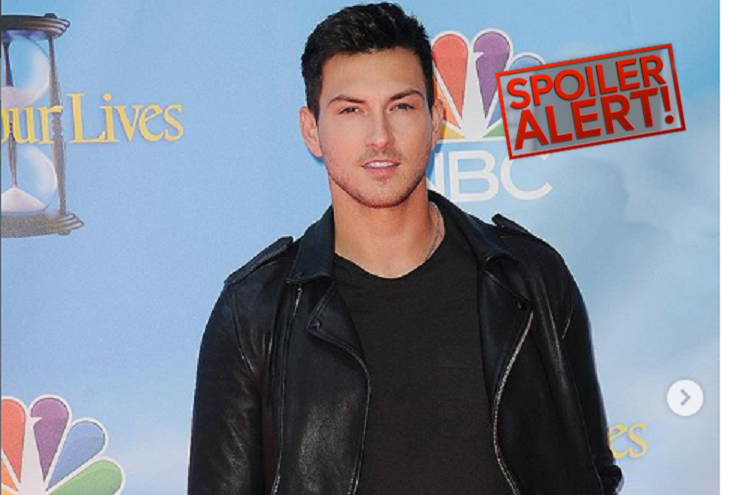 Days of Our Lives (DOOL) spoilers tease that Ben Weston (Robert Scott Wilson) will admit to Ciara Brady (Victoria Konefal) that he’s not sure he could have stopped himself from killing his older sister Jordan Ridgeway (Chrishell Hartley).

How Ciara reacts to this admission may depend on the context of the statement; whether he is reacting to the fight in Ciara’s hospital room when Jordan had knocked him out.

Previously on #DAYS, the cabin has been set on fire, putting Ciara’s life in danger. https://t.co/ZsCmioRrzb pic.twitter.com/vQhAk89xsW

It is possible that he is reacting to the whole scenario of Jordan kidnapping Ciara and trying to burn her up in the cabin. Or maybe,  just the part that she framed him for it!

It would be perfectly understandable that he would be tempted to kill Jordan for causing the whole scenario that happened, including the kidnapping and fire.

Likewise, it is perfectly understandable if the fight between the two women in the hospital room will have been broken up by someone other than Ben himself coming to and stopping it!

But if he’s saying that he isn’t sure if he can trust himself not to have killed Jordan, that’s another story entirely. Most people have been angered at someone to the point that they have vented that they could kill so and so or wishes the offending person was dead.

The jig is up, Jordan. You can't hide from Kate. #DAYS pic.twitter.com/0JymCnoF3B

However, but having said it, the anger is released and they don’t follow up and actually kill the person. Ben may be worried about his reactions and impulses and have his own doubts that Ciara and others would be safe with him.

Ben is probably reacting to the betrayal of his sister, even though he recognizes that she herself has gone off the rails, and she is struggling with her own mental illness. He may think that she is as bad as he was when he committed the Necktie Killer crimes.

It’s a pretty rough thing to realize someone you’ve looked up to like a mother and who had always taken care of you not only kidnapped your girlfriend and nearly killed her, kidnapped a baby of friends, and then set you up to take the fall!

Days Of Our Lives Spoilers: Jordan Targets Kate, Ciara Fights For Ben — How Will This All End?