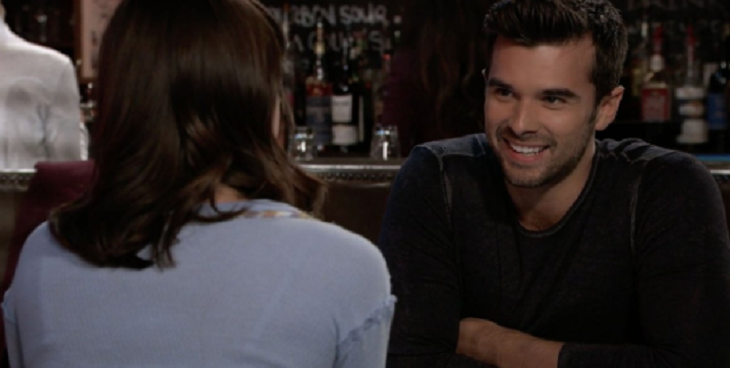 General Hospital (GH) spoilers tease that Harrison Chase and Willow Tait’s (Josh Swickard, Katelyn MacMullen) relationship will heat up this week! Willow’s been kind of torn between Michael Corinthos (Chad Duell) and Chase for a while, since if she chooses Michael she can get closer to little Wiley/Jonah (Eric and Theodore) — who she thinks is the baby she gave up for adoption.

But Michael seems to be more of a friendship for Willow, and it seems to be more platonic for him as well, or at least that is how he is acting. Chase, on the other hand, there seems to be a little more sizzle to their relationship.

Who Will Willow Choose?

Maybe Michael needs to learn to be a little more aggressive with women. It seems like hot stuff Chase is way ahead of the game where Willow’s concerned. However, Michael just seems to have bad luck with women in general.

Michael’s romances never work out.  They either get killed or they try to kill him. No one would blame him if he was afraid to jump into anything romantically until he knows the woman really, really well! You’d think he’d be a catch, being a Quartermaine, but then there’s always the golddigger problem when a man is rich. He won’t know if a girl is after him for himself, or only for his money.

Chase And Willow Gets Closer

A General Hospital preview for Valentine’s Day week called  A Thousand Years shows Chase and Willow twice — once on a couch holding hands and then later coming close for a kiss, along with several other couples.

It promised to be an exciting Valentine’s Day in Port Charles with several couples finally heating up, in addition to Chase and Willow.

Stay tuned to GH and keep checking General Hospital spoilers frequently to see who else’s relationships progress this week and go to the next level!