The Young and the Restless: Which Man Is With Mia Next? – Vote In Our Poll! 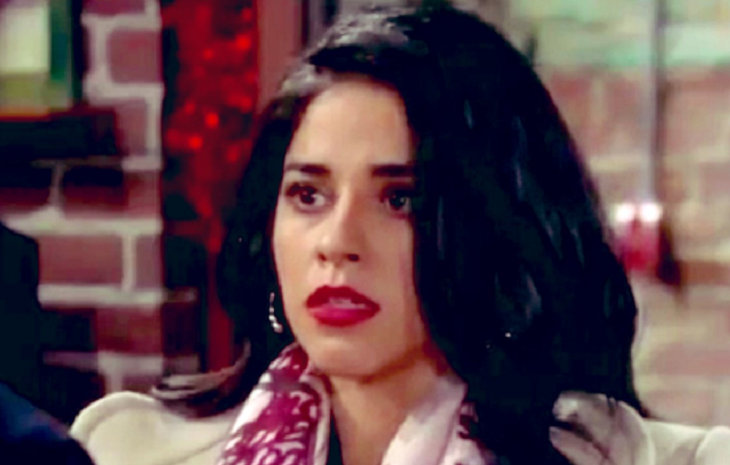 Mia (Noemi Gonzalez) will be with someone, post Rey (Jordi Vilasuso), on The Young and the Restless. But who will that man be?

Who Will Be Mia’s Next Main Squeeze?

Arturo (Jason Canela) is too obvious, right? Good soap writing would not repair this duo that was never seen on-screen during their high school years, as both characters were only invented in 2018.

Surely if ‘Villy’ doesn’t happen and if Phyllis (Gina Tognoni) stays with Nick (Joshua Morrow), then Thompson’s ever in need of a companion character could easily find himself as the other half of ‘Milly’. The possibilities of those two impulsive personality types bonding are truly tantalizing, which, on that point, alone makes the possibility more likely than not.

Today on #YR, the Valentine's party doesn't go as planned when Abby and Mia confront each other. WATCH FULL EPISODE: https://t.co/zDKc2MeZPp pic.twitter.com/4XblzJh5BP

Billy’s brother Jack (Peter Bergman) is with Kerry (Alice Hunter). He really likes her. But, as with Billy, Mia wouldn’t hesitate to stick it to Abby (Melissa Ordway) by injecting herself into the Abbott family any way she can, including becoming Jack’s rebound from Kerry, if ‘Jerry’ doesn’t last.

Devon (Bryton James) continues to work through the healing process. He’s remained single and is a billionaire. What else is there to write except bingo!

Nate (Brooks Darnell) is available. The eligible bachelor is financially secure and would provide access to a very nice life, starting with the swanky penthouse that he’s living in. The man’s a doctor who’s professionally connected to the Newman family, which checks off another two boxes on Mia’s list.

Cane (Daniel Goddard) isn’t independently wealthy. But he’s financially secure and on the outs with Lily (Christel Khalil), who is disillusioned from ‘Lane’ right now. Yes, there is opportunity for Mia here and, as Y&R fans unfortunately know, Cane is prone to straying.

Rumor Swirls Of An Unexpected Pregnancy

There are current rumors relating to a pregnancy question. Even if this storyline is coming, Rey may opt to not stay with his wife, if he’s the father, which would create a response from Mia.

Then again, she may not be pregnant and this couple could simply split apart, leaving the former Mrs. Rosales to pursue all available Genoa City options.

Please, vote in our poll and let Hollywood Hiccups know who you want Mia to be paired with next!