Days of Our Lives Spoilers: Sarah Has New Doubts About Rex — Asks Eric For Advice –Reveals His True Feelings? 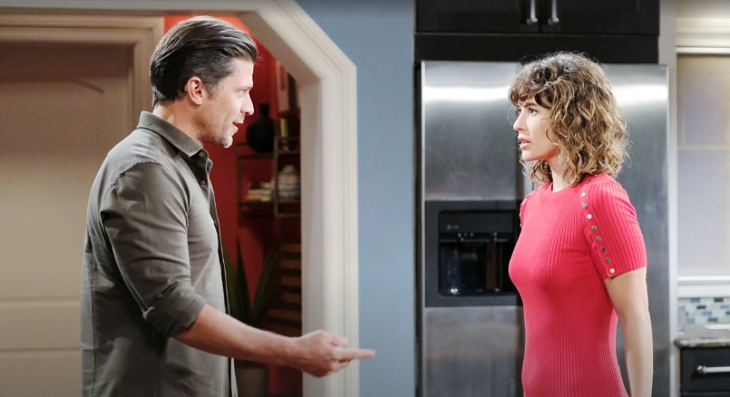 Days of Our Lives (DOOL) spoilers tease that Eric Brady (Greg Vaughn) will try to help Sarah Horton (Linsey Godfrey) with some new doubts she’s having about Rex Brady (Kyle Lowder). Sarah wasn’t too worried about Rex breaking a date because of the emergency with his mother Kate Roberts DiMera (Lauren Koslow) when she was nearly killed by Jordan Ridgeway (Chrishell Hartley), but new issues arise and she cannot stop worrying about them.

Sarah Worried About Rex’s Past

Her mother, Maggie Horton DiMera (Suzanne Rogers) had told her that she thought Sarah deserved better than Rex and wasn’t sure she should take another chance with him considering how badly he’d behaved and how badly he’d hurt her previously. Maybe some of her mother’s advice is sinking in, and it sounds like she will talk to Eric about Rex.

In the latest #DAYS, Sarah makes a startling confession to Rex.https://t.co/ZsCmioRrzb pic.twitter.com/7w7diUBMpZ

Eric Has Feelings For Sarah

Of course, Eric only knows Rex as a half-brother, not as a romantic interest, and Sarah’s asking him romantic advice about Rex puts Eric in an awkward spot. Days of Our Lives spoilers point out that it not only because they are half-brothers, but because Eric is having romantic feelings for Sarah himself.  He’s managing to keep them well-hidden from Sarah, but it’s still got to be hard for him.

Neither Rex nor Eric seem to have good luck with women, but Rex obviously sabotages his romantic relationships. Eric may just be awkward, although his drinking definitely put the kibosh on some of them!

His story about last Valentine’s Day, when he was trying to date Jennifer Horton (Melissa Reeves) shows awkwardness may be a big part of his failure to even start a romantic relationship. Sarah pointed out that rather than demonstrating his interest in Jennifer to her, he’d demonstrated his interest in her donuts!

Eric and Sarah have enough of a friendship bond that sparks could kindle between them if only he’d get enough nerve to tell her how he feels!