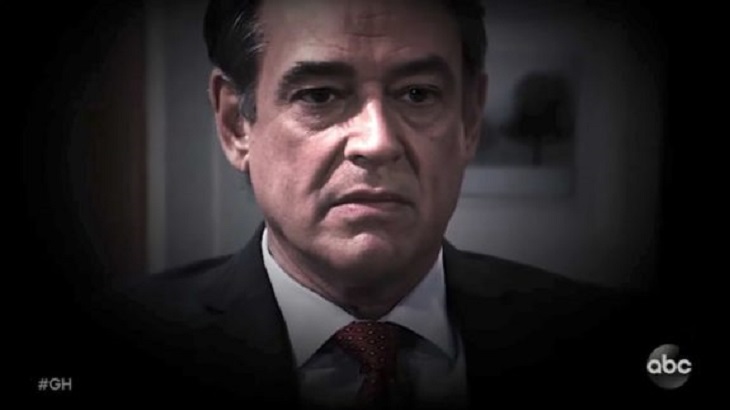 Welcome to your Monday, February 18th General Hospital recap! We begin our day with Lulu arriving at her house with Curtis (Donnell Turner) and Spencer (Nicolas Bechtel). Curtis wonders how safe she will be there. At the jail, Jordan (Briana Nicole Henry) asks Franco (Roger Howarth) to admit to being the killer. Back at the house Lulu (Emme Rylan) and Spencer are saying that they have nothing to worry about because Franco’s in the slammer.

Lulu Gets A Shocker!

Lulu opens the door of her house and walks in and she suddenly screams bloody murder when Nina (Michelle Stafford) and Charlotte yell “Surprise!” holding flowers and balloons. Lulu calms down and says how much she has missed them. Spencer and Charlotte are sparring.

Does she know about the election meddling? I can’t recall. Curtis Nina and Lulu go into the kitchen to discuss Valentin (James Patrick Stuart.) They don’t think she should remarry him. In the living room, Charlotte and Spencer are arguing, she’s threatening to tell his election secret. Lulu says she does not trust Valentin and Nina says you make mistakes as well. Nina does not believe Franco is the killer. Lulu and Nina are arguing and she says Franco is not capable of violence or killing Kiki.

Lulu returns home today and gets more than one shock to her system. Can she and Curtis wrap their heads around Nina's plan to remarry Valentin? #GH is brand-new and STARTS NOW on ABC! @donnellturner1 @EmmeRylan pic.twitter.com/D2ODUlCu9A

Jordan continues to tell Franco that pleading guilty would help bring out the killer from hiding. This is her “no fail” plan, which looks dangerous to me. Franco is hesitant and imagines the pain this would cause Elizabeth (Rebecca Herbst).

Jordan tells him that if they are going to pull off this trick, it must stay between them only. Jordan reminds Franco that he never paid for his earlier crimes, but she does not believe he did the murders. She says to take the night and to think over the offer. 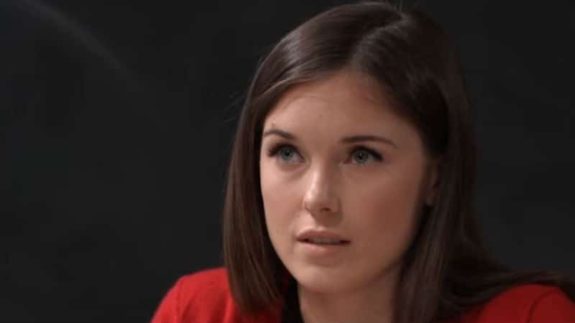 At the Floating Rib, Alexis (Nancy Lee Grahn) runs into Michael (Chad Duell) and tells him how handsome he looks. Kim (Tamara Braun) and Julian (William DeVry) suddenly walk in all lovey-dovey which obviously irks Alexis. Kim walks over and says she needs to talk to Alexis. Kim asks if they are “okay” and Alexis says yes and leaves. She runs right into her handsome new therapist.

Willow and Chase are at the Floating Rib and he says what she did for her child was a selfless act. She is glancing over at Brad and Lucas (could she be any more obvious?) Chase is starting to pick up on how uncomfortable she is. Willow says it’s too bad the karaoke is over, Chase says that he’s a good singer. Willow asks Chase why he came to Port Charles and he says it’s a story for another day.

Michael Goes On A Date

Brad and Lucas are at the Floating Rib having a night out without the baby. Michael walks over to say hello and that he’s waiting for a date. Michael and Lucas are chatting about online dating and “fresh starts.”

A pretty girl named Zoe shows up and she is his date for the night. Julian and Brad are chatting separately at the bar about the Wiley situation. They both discuss that keeping the baby secret is very stressful. 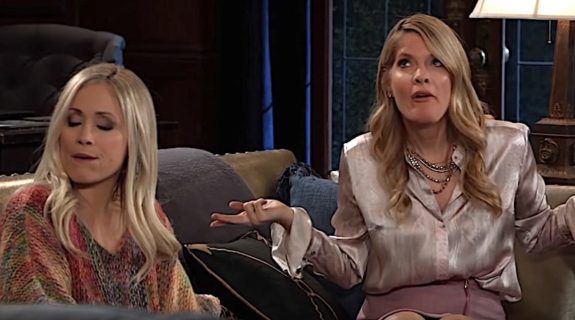 Michael is talking to his date Zoe (Brooke Burgstahler) as she plays on her phone, practically ignoring him. She says she has another date and that tonight is her third one. She says it’s a practical way to date and that he should call her later if interested. Michael practically rolls his eyes.

Michael stops over to Willows table and says how bad his date was. Chase walks back in and says he can join them but he says no. Chase bought her a pair of nice leather gloves for Valentine’s day, they kiss. Zoe walks by Alexis and her therapist, she’s talked to him before on dating apps. She says he “looks much older in person” and walks away.

Laura (Genie Francis) follows “Ryan” (Jon Lindstrom) to Ferncliff who there to see “Kevin.” He has figured out that Kevin lied about the prenup. There is no prenup and Kevin was trying to alert Laura with the lie.

An orderly stops Laura and recognizes her as the mayor. Ryan tells Kevin he used hypnosis to trick Lulu. Ryan says now he needs to “take care” of both him a Laura. Ryan and Kevin discuss his relationship with Ava while bickering back and forth.

Kevin tells Ryan that his prenup does exist and it’s in a safe at the hospital office. Ryan leaves and Laura sneaks from around the corner and peeks in Kevin’s room. Laura sees that its Kevin in the room. FINALLY!

Laura says “My God it can’t be!” as Kevin comes to the door. Suddenly Laura collapses, Ryan has injected her with something from behind as Kevin cries out her name. What an amazing cliffhanger for a Monday!

• Willow constantly staring at Brad should  put up some red flags
• Love the Ryan/ Kevin dynamic – Jon Lindstrom is doing a fantastic job
• We know Emme Rylan has reupped her contract with the show, now we just need Dante to come back!
• I’m not sure that “Julexis” should happen again, but I also am not feeling Julian and Kim.
• Like many people have wondered – how does Ferncliff not realize that Kevin and Ryan look exactly alike? There must be a red herring we are not seeing yet.