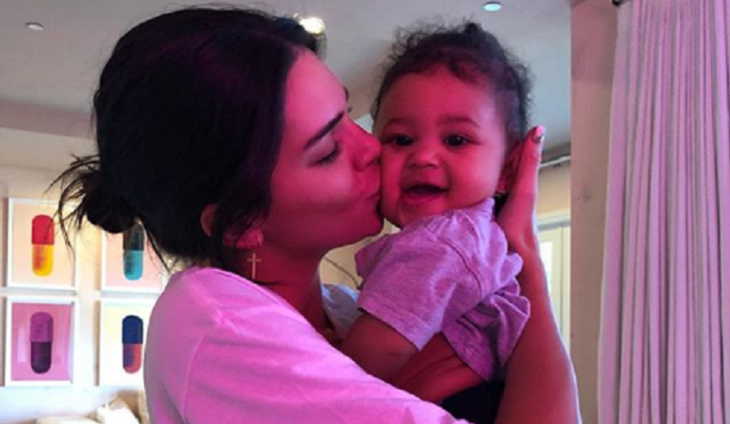 Kendall Jenner might be a supermodel that likes to maintain a very healthy lifestyle but there is one superfood that she refuses to eat, let alone be in the same room as one. The Keeping Up With the Kardashians and runway star recently revealed that she hates bananas so much, that she can’t even stand the sight of them. Here’s why.

Kendall Explains Why She Hates Bananas!

Kendall, who has been focusing more on her modeling career than her reality television show with her family, says that her father Bruce Jenner (who now goes by Caitlyn Jenner) used to eat bananas so much that at one point during her childhood it made her feel nauseous. Kendall made the revelation during the “Why I hate this food” moment during the February 14 episode of NBC’s The Tonight Show Starring Jimmy Fallon.

“My dad ate them all the time,” Kendall revealed to Jimmy Fallon on his late-night talk show. “And my dad carpooled (sister) Kylie and I back and forth from school, and would eat them in the morning, would eat them when he would pick us up, and would golf all day and would have bananas on him. So I think the smell just over and over started to get to me.”

Excited to have celebrated the Modern Love exhibition with @TiffanyAndCo. And loved my custom #TiffanyT True choker! #BelieveInLove #Ad

Bananas Give Her A Headache

If that weren’t enough, the smell of bananas started giving the supermodel a headache, too. For the record, if you ever come across Kendall Jenner, don’t offer her a banana. In fact, don’t even try to eat a banana while next to her. She’s suffered enough in her life, ha!