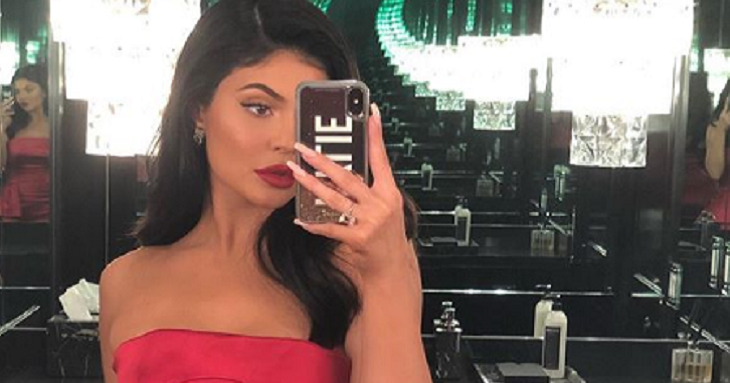 There are a lot of Kardashian and Jenner fans who are asking the same question this week: is Kyle Jenner engaged? That’s because the reality television star was spotted wearing a diamond ring on her all-important engagement finger.

Is Marriage The Next Step For Kylie?

Of course, this could mean one of two things: Kylie is keeping her engagement under the radar or she might be trying to start a new trend by wearing jewelry on that finger to throw people off.

Either way, it’s gotten people talking. A lot of her social media fans have been asking Kyle to confirm or at least clarify where that gorgeous rock came from.

Kylie and her boyfriend (or maybe we can now call him her fiancé?) Travis Scott have been together for almost two years now.

Seeing how they are both very happy and in love, it would be the next natural step in their relationship. Plus, Kylie has always said that she wouldn’t mind settling down and getting married while she is still young.

Seeing how Kylie didn’t even confirm her pregnancy until after she gave birth to her daughter Stormi, we have a feeling that she might be going down that route again.

After all, Kylie is the one member of the Kardashian and Jenner families who likes to keep her private life private, even though she’s always in the spotlight.

Unlike her sisters, Kylie tries to separate her personal life as much as possible from her professional life. She understands that being a public figure helps her businesses but at the same time she’s not one to share every little detail about what goes on behind closed doors.

So far Kylie herself hasn’t confirmed the engagement rumors. In the meantime, let us know what you think by leaving us a line with your thoughts in our comments section below.