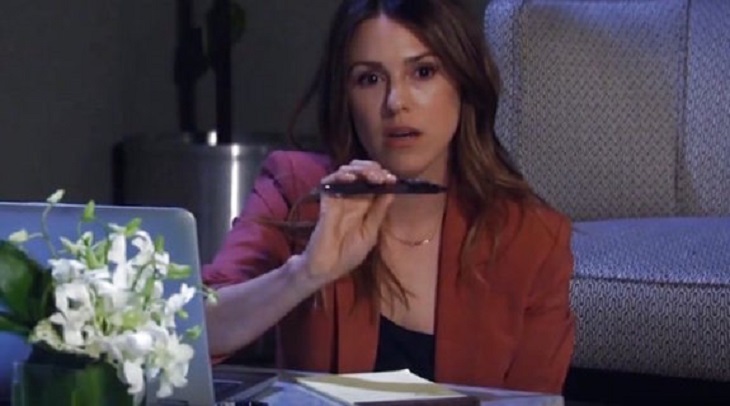 Welcome to your Tuesday, February 19  General Hospital recap! We begin our day at the hospital where Carly (Laura Wright) and Sonny (Maurice Bernard) are sitting in one of the hospital rooms to get the baby checked out. She’s nervous and feels cold. To their surprise, Kim (Tamara Braun) walks in and says she will be their doctor. For fans, it’s always fun to have the “two Carly’s” and Sonny all in the same scenes together!

Kim confirms that they are definitely pregnant. She does the ultrasound and shows #carson their baby. She says that Carly is around 6 weeks along. Kim brings up their many factors to consider including Carly’s age. Side note: I love that they are mentioning it’s a high-risk pregnancy.

Kim says she needs to manage her stress, eat well, and take it easy. Kim leaves and Sonny asks Carly what she wants “to do.” Carly says that the baby is a blessing as her and Sonny embrace, which is a switch from her uncertainty last week.

Drew And Jason Talk About Shiloh

Drew (Billy Miller) and Jason (Steve Burton) are on the docks discussing Shiloh and what he wants with Sam (Kelly Monaco). Drew explains to Jason about Shiloh’s questions regarding Afghanistan and their close history. Drew shows up at the hospital and runs into Kim (poor Tamara Braun is losing her voice again!) She shows Drew a baby picture of Oscar and contemplates what it would have been like to raise him from birth. 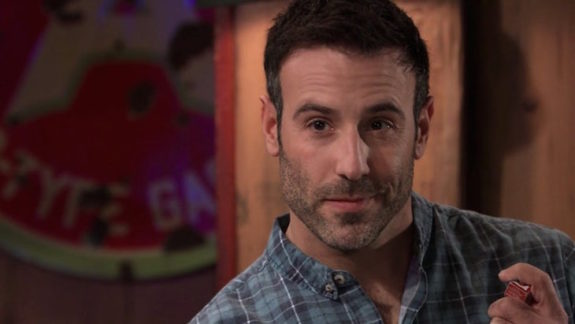 Shiloh (Coby Ryan Mclaughlin) is at the Floating Rib when Sam walks in. She sits down with him and asks if he ever gets a day off from Dawn of Day. Shiloh says that it’s nice that Sam and Kristina are so close. He brings up the past and that he had preconceived notions about her since she stole his father’s inheritance. Sam says that there must be more to Shiloh than what she has seen.

He says they need to take a drive together. Shiloh runs into Margaux at the Floating Rib and they discuss Dawn of Day, she’s been studying the book. They sit down (where did Sam go?) and Margaux explains why she’s interested in their teachings.

She brings up hurting Drew, but without specifically mentioning his name. She brings up the flash drive and that it contains this man’s memories. You can tell that Shiloh knows she is talking about Drew.

She asks to borrow $1500 and she will pay it back. (isn’t $1500 kind of a small request for all the money they have?). Michael agrees to lend her the money as long as they have lunch more often.

Maxie Gets The Dirt

Outside of Kelly’s Maxie (Kirsten Storms) and Peter (Wes Ramsey) meet up, she says she about to find out the truth about Sasha Gilmore (Sofia Mattsson)! Sasha shows up at a nail salon. Maxie shows up at the salon and starts complimenting Sasha’s nails. You can see right away that Maxie is going to grab a DNA sample.

They discuss the love between Valentin and Nina (Michelle Stafford) and Maxie questions if it is real. She says you never know what dirty secrets he may still have. Sasha says she’s never met anyone like Nina and that leads into a discussion about Nathan. 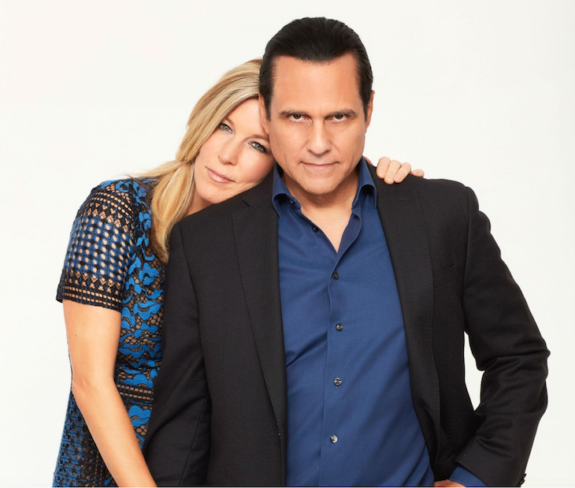 Margaux (Elizabeth Hendrickson) shows up at Lulu’s house and says she is there to prepare her for the arraignment. Lulu calls Franco a psycho and says she’s looking forward to court. Curtis (Donnell Turner) asks how is Franco doing?

Lulu does not like this question but understands Curtis’s feeling. Lulu admits she has no idea how she got away from Franco and is curious about the hypnosis process. Her doorbell rings and it’s Peter (Wes Ramsey) checking on her, he’s also brought her a small gift.

Peter has brought Lulu her laptop and she’s ready to start working again. Maxie shows up at Lulus where Lulu is insisting on doing a first-hand account story of the attack. Maxie shows Peter that she took nail clippings from the salon that are Sasha’s.

Stella (Vernee Watson-Johnson) comes into Kelly’s and sees Marcus (Nigel Gibbs) and asks if she can sit. He brings up how this Valentine’s day is sad and different from Yvonne (Janet Huber) being sick. They chat and he says he sent candy to everyone at the senior home, it made him feel better. Curtis walks in and greets them both before walking away. Sasha comes in the bar and her and Curtis chat, he reiterates that he does not want Nina to get hurt. He hopes she’s as legitimate as she seems.

General Hospital Spoilers: Jason Catches Blindness Virus Just As Sam Needs Him to Save Her?

Sam runs into Jason at the pier. They begin to kiss and then discuss Shiloh and his intentions. Sam says she’s going to go on the trip that Shiloh asked her on and Jason says it’s too dangerous. They embrace as the credits roll…..

• I’m super excited like a lot of fans about Carly and Sonny’s impending baby
• I like the idea of Margaux being a part of the Day of Dawn story, adds a layer
• When the Sasha secret comes out it’s going to be fireworks