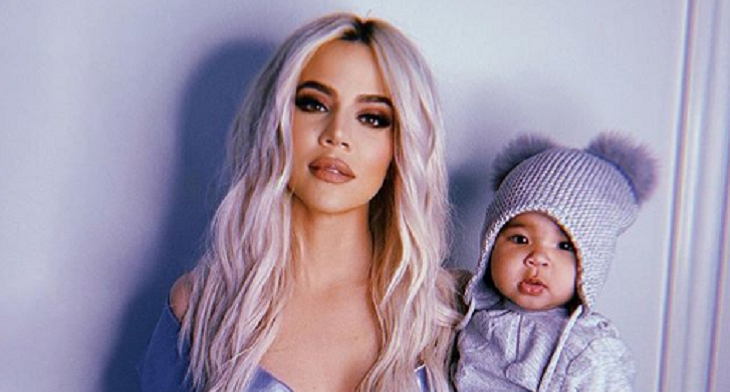 It seems like it doesn’t matter what Khloe Kardashian does, says or wears for that matter: critics are always going to “mom shame” the reality television star for one thing or another. This time around the Keeping Up With The Kardashians star is getting no slack for her super long nails. A lot of critics believe that she might be putting her daughter True in harm’s way with her long nails.

Khloe Mom Shamed For Her Nails!

Just this past weekend Khloe shared a social media post of her matted coffin nails that looked like they were at least an inch-and-a-half long. And as you can imagine, her social media followers had quite a few things to say about it.

Some people expressed concern for Khloe’s child while others assumed that the celebrity mother wasn’t taking care of her baby with such long fake nails on her fingertips.

“Are you willing to give up what you love, for who you love?” Big Sean

Some of the comments included, “How do you change diapers and dress your child with those nails? Crazy,” along with, “U haven’t scratched the baby with those??”

Another person wrote, “Please be careful with those nails around the baby. Maybe consider filing them down….. a lot.”

If that weren’t enough, another critic even suggested that Khloe probably doesn’t even take care of her own child, seeing how her nails are much more important to her.

Khloe Clapped Back At Haters

The reality television star responded to the ridiculous notion that she couldn’t take care of her baby with long nails.

Kardashian said, “It’s annoying when people talk about my nails. Trust me, I manage just fine. The same way I take care of myself, I take care of my baby. There are more serious things to discuss. At least I would hope.”

With or without the nails, Khloe is still a very hands-on mom who loves to spend every free moment of her day with the growing tot!