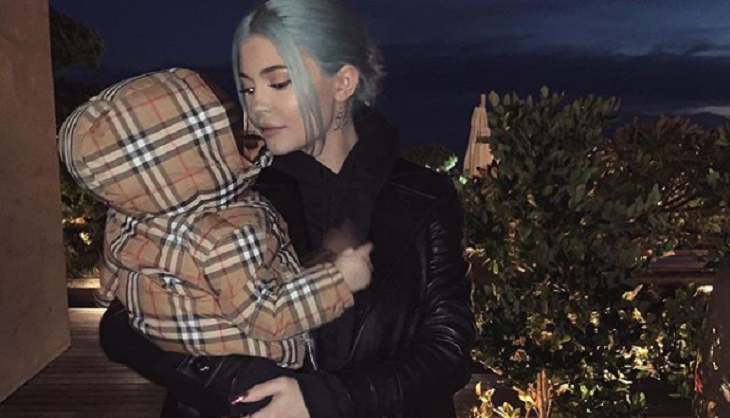 It looks like it’s a Stormi world out there and we are all just living in it. There’s a new report that says reality television star Kylie Jenner along with her sisters have decided to trademark the name of their children. Kylie shared her one-year-old daughter Stormi Webster with her boyfriend of two years, rapper Travis Scott.

Along with her sisters Kim Kardashian and Khloe Kardashian, the three sisters filed with the intention of using their offspring’s monikers for multiple business purposes including a clothing line, toys and skincare products.

In other words, they plan on expanding their Kardashian empire by marketing products, clothing lines and so forth with their children’s names on it. Kim has three children, North 5, Saint, 3, and Chicago, 11 months with her husband Kanye West while Khloe has one daughter named True with her boyfriend Tristan Thompson.

Kylie Took It A Step Further…

According to TMZ, Kylie went one step further by trademarking “Stormiworld.” It’s a play on Travis Scott’s Astroworld album and tour. For her first birthday, the couple used a “Stormiworld” theme for her birthday party, which featured a massive inflatable of her face that guests walked into as they entered the tent party. Similarly, Travis has the same kind of entrance at his concert stops, too.

So far Kylie, Kim, and Khloe have made no comments on how they plan on using their children’s names in the future or if they will be expanding any one of their consumer and product lines. Kim and Kanye are also currently expecting their fourth child via a surrogate who is due something in May.