The Bold and the Beautiful Spoilers: Zoe Has A Change Of Heart, Wyatt Has His Doubts 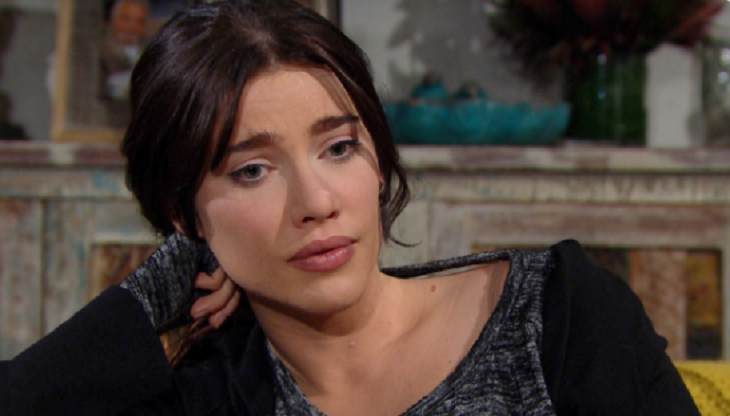 The Bold and the Beautiful (B&B) spoilers for Wednesday, February 20 tease that Zoe is about to have a change of heart. Wyatt will be given an offer that he can’t refuse, but definitely has his doubts about. Here’s what you need to know to about what’s ahead on B&B.

Zoe, with Xander by her side, was hoping to muster up enough strength and courage to tell Steffy about her father’s horrifying baby swap scheme and explain that Baby Phoebe is actually Hope’s biological daughter, Beth. And while Zoe was very close in telling Steffy the entire truth, she couldn’t do it, knowing that her father, Dr. Reese Buckingham, would end up spending a good amount of his life in jail. As much as Zoe never felt close to her father, she still loves him.

The Bold and the Beautiful spoilers tease that both Reese and Flo will panic knowing that Zoe is about to bust them. At this point, Reese is doing whatever he can to get through to his daughter before it’s too late.

The Bold and the Beautiful Spoilers: Zoe Tries To Figure Out Who To Spill The Dirty Secret To https://t.co/SZylQrhb7s pic.twitter.com/hKuxbFjN31

Luckily for him, the model ends up having a change of heart, but it’s one that won’t last very long. Zoe will now end up having to pull back and retract some of the things she said to Steffy.

Bill Will Give Wyatt Something To Think About

Elsewhere, Bill will present Wyatt an offer that he can’t refuse. Bill wants Wyatt to join the Spencer Publications Team and tells him that there are more bonuses and perks available this time around. As tempting as it sounds, Wyatt has his doubts.

The walls are closing in this week on #BoldandBeautiful. Don't miss it! pic.twitter.com/qQSf48pr18

After all, this is his father, Bill Spencer, that we are talking about. If history has proven anything, it’s that Bill’s offers benefit himself the most. Wyatt knows that he’ll end up getting into major trouble if he ends up back in his dad’s world, but will end up making a deal with his dad by the end of the week.

The Bold and the Beautiful airs weekdays on the CBS network. Check your local listings for times. In the meantime, let us know what you think in our comments section below.