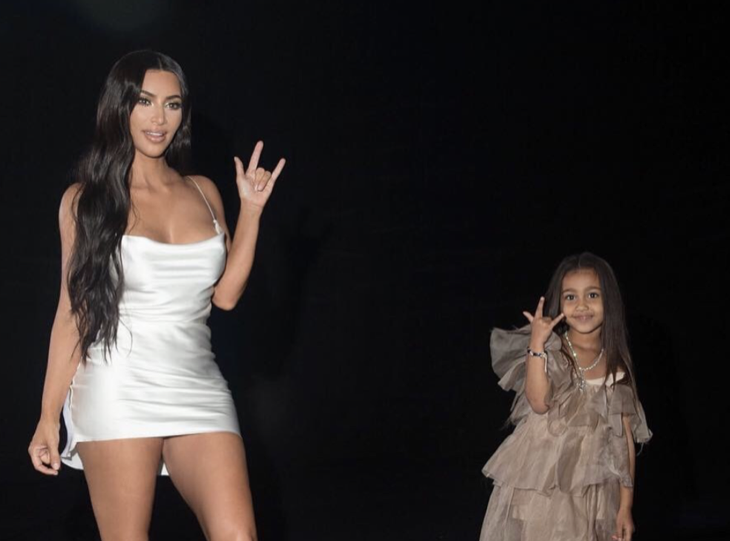 Kim Kardashian was recently forced to set the record straight about her daughter, North West, and her personal life. That’s right: the reality television star had to clear a few rumors about her 5-year-old daughter after it was suggested that little Nori might have her own boyfriend.

According to ET Online, Kim, who is no stranger to rumors herself, even found the gossip to be pretty ridiculous considering her daughter’s age. She said, “She doesn’t have a boyfriend. Like, is that for real? She’s 5.”

It all began when Caiden Mills, the 7-year-old son of rapper Consequence (who used to be on Kanye West’s label, Good Music) shared several different media posts about North West. In one pic that was posted on February 6th, he gave a special shout out to Northie and added a few kiss emojis. Clearly, the tot seems rather smitten with her.

Oh, but that’s not all. Later that same week he also posted a photo of gold jewelry, stating that North is “going to love it” and even shared another snap of him with North with the caption “Boo’d up.” As a matter of fact, it seems like a lot of Caiden’s most recent photos have North West in them.

But then again, it’s highly unlikely that a 7-year-old would be posting on social media, let alone write so many captions that are spelling and error free! Our guess is that one of Caiden’s parents might have fueled all of the North West boyfriend rumors, to begin with. There’s no word on what Kim thinks or has to say about all of the social media posts featuring her daughter.