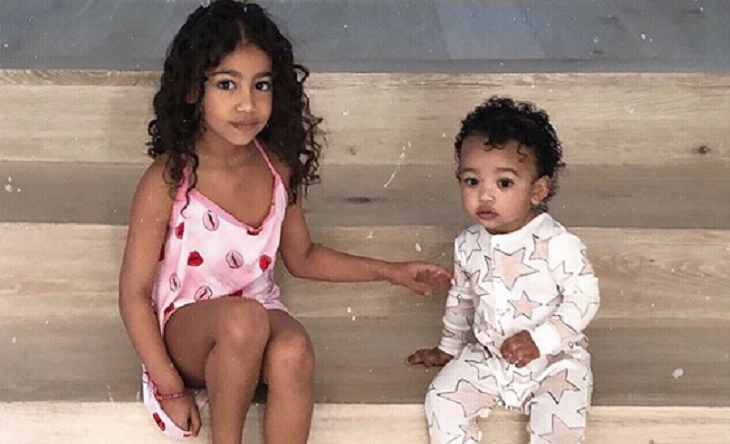 Say what you will about the Kardashian family, but there is no denying that they all absolutely love and adore their children. As a matter of fact, proud mom Kim Kardashian just shared a cute father and son photo with her husband, Kanye West, and their 3-year-old son Saint West. And as you can imagine, fans just can’t get enough of it.

In the photo, a blonde Kanye is smiling while embracing his little mini-me. He also gives him a huge kiss on the cheek. Kim captioned the sweet moment with, “These two melt my heart.”

These two melt my heart ♥️

Actually, they melt all of our hearts, Kimmie!

Kim and Kanye also have two more children: 5-year-old North West, and Chicago West, who just celebrated her first birthday. The couple is also expecting their fourth child via a surrogate, who is expected to give birth sometime in early May.

It’s without a doubt that Kanye loves spending time with his children. In fact, many of the rapper’s fans can’t help but notice just how happy he looks and how much he smiles whenever he spends time with his kids.

Last summer both Kanye and Saint made headlines when they threw the first pitch for the Chicago White Sox game back at Kanye’s hometown. He’s also made it no secret that both North and Chi are daddy’s little girls as he loves to spoil them to no end.

Yes, Kim Kardashian can consider herself a very lucky woman as she got herself a man who is a great father for her kids!

In the meantime, let us know what you think by leaving us a line with your thoughts in our comments section below. And as always, come back to Hollywood Hiccups for all the latest news on the Kardashian and Jenner family along with updates, spoilers and recaps on your favorite daytime television shows right here.