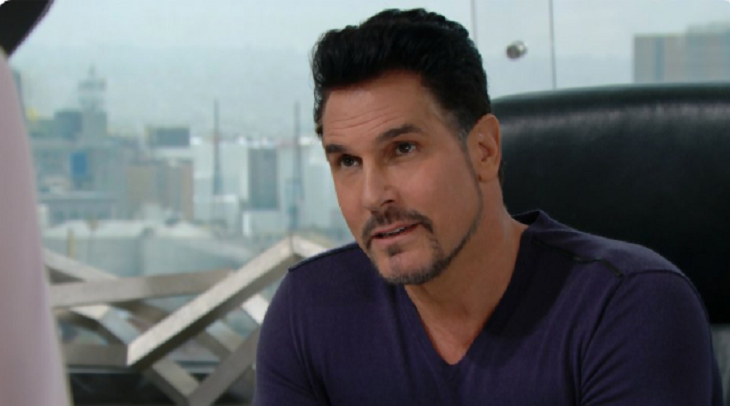 The Bold and the Beautiful (B&B) spoilers for Thursday, February 21, tease that Brooke Forrester (Katherine Kelly Lang) will become increasingly worried about her daughter Hope Spencer (Annika Noelle). Hope is having a hard time dealing with the simultaneous loss of her daughter Beth Spencer and the addition to the family of Steffy Forrester’s (Jacqueline MacInnes Wood) daughter Phoebe Forrester (Isabella de Armes and Redford Prindiville).

Hope has been encouraging Liam Spencer (Scott Clifton) to spend time with Steffy, Kelly Spencer (Chloe Teperman and Zoe Pennington) and Phoebe, and she’s been thinking lately that she might be holding Liam back from being a full-time dad to Kelly. In fact, Hope even confessed to Brooke that perhaps Liam should be with Steffy instead of with her.

On Thursday’s episode, Brooke’s concern over Hope’s state of mind will deepen, as Hope continues to urge Liam to go be with Steffy and her girls and bond as a family, rather than spending time with her. Brooke will likely point out to Hope that she needs to think about herself and her own happiness right now. But it seems that Hope will continue to push Liam away.

Katie And Will Spend Time With Bill

Meanwhile, on the new episode of B&B on Thursday, February 21, Katie Forrester (Heather Tom) and Will Spencer (Finnegan George) will spend some quality time with Bill Spencer (Don Diamont), who’s visiting Kate’s place. Bill knows that Katie’s split from Thorne Forrester (Ingo Rademacher) has been difficult for both Katie and Will, and he’s there to offer his support.

Bill will want to question Will a bit and make sure that he’s not in pain or feeling bad because of Thorne’s departure. And while he’s there, Bill will make a big promise to Katie and Will. Bill will probably acknowledge that he’s had plenty of slip-ups in the past as a co-parent and father, but that he promises going forward to always be there for Katie and Will.

That will likely come as music to Katie and Will’s ears since they’re probably feeling abandoned by Thorne right now. And Bill will mean what he’s promised from the bottom of his heart. Kate will be touched, and this could just be the beginning of a new start for “Batie.”