Young and the Restless Spoilers: Friday, February 22 – Victor Lashes Out At Phyllis – Nick Is Stunned 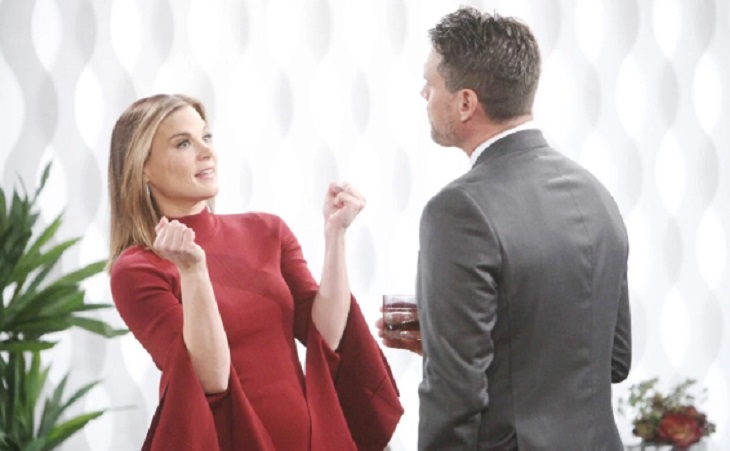 Young and the Restless (Y&R) spoilers for Friday, February 22, tease that the arraignment for Sharon Newman (Sharon Case), Nikki Newman (Melody Thomas Scott), and Victoria Newman (Amelia Heinle) will get underway. The various parties will arrive at the courtroom, and things will be tense and uncertain as everyone tries to figure out exactly what has transpired.

Of course, what’s happened is that Phyllis Summers (Gina Tognoni) sold out the other members of the cover-up crew. Phyllis is a free woman thanks to her plea deal in exchange for her account of exactly what went down on girls’ night and her information that led to evidence being recovered from the Newman ranch.

Y&R Spoilers state that Phyllis will arrive for the arraignment hearing, and things will get difficult as Victor Newman (Eric Braeden) and Nick Newman (Joshua Morrow) realize that Phyllis has betrayed Nikki, Sharon, and Victoria to score her own freedom. Phyllis will be there as the star witness who is making the case against the rest of the cover-up crew possible.

Victor will react by going into fierce defense mode, and he’ll decide to give Phyllis a piece of his mind along with a threat. He’ll let her know in no uncertain terms that she’ll have to deal with him if Nikki and Victoria go down. Phyllis will try to play it cool, but she’ll likely be seriously unnerved by Victor’s threat.

As for Nick, he’ll be stunned when he realizes what Phyllis has done. Y&R spoilers say that his world will be rocked as he realizes that the woman he loves has turned against his family. Phyllis will have nothing to do but sit and watch everyone’s reactions to her decisions.

Of course, for Nick, this will likely be a deal-breaker in their relationship. Nick knew that Phyllis was more conniving and calculated than the other cover-up crew members, but he truly believed that all the women were in it together. He didn’t expect this kind of personal betrayal, and he’ll be livid with Phyllis.

The Young And The Restless Castings News: JT Is Back, What’s Ahead For The Coverup Crew?