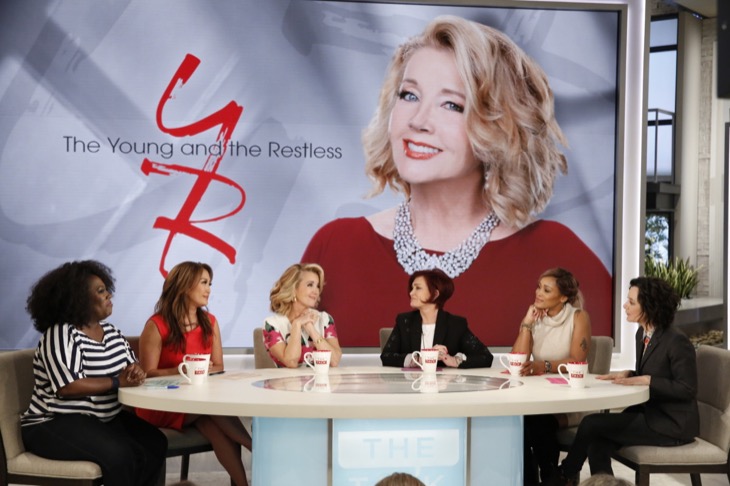 ‘The Young and the Restless’ is honoring its lead female star, Melody Thomas Scott (Nikki), who crossed an important milestone. This week’s one-hour, stand-alone special episode rightly acknowledges the ongoing legacy of this terrific talent who debuted on Y&R in 1979.

Sustaining any type of career, let alone one in the entertainment industry, across many decades is often impossible. Yet, that’s exactly what Thomas Scott has done. Her work serves as a role model to castmates and young actors in particular.

Thomas Scott has been a well-respected and beloved daytime actor for four decades. The start of her career in the performing arts actually began fifteen years prior to her Y&R debut, when she appeared in the feature film, Marnie. She went on to appear in many television shows and movies before landing her role as Nikki.

Of course, Thomas Scott is most associated with the fictional first name Nikki, and her on-again, off-again last name, Newman. But devoted Genoa City supporters know that it took a few years for Nicole Reed to be written into Victor Newman’s (Eric Braeden) sphere. Though many might say that it was the other way around.

Forming a bond with Y&R’s eternal grande dame, Katherine Chancellor (played by the late, infinitely great Jeanne Cooper), Nikki was introduced to GC’s upper crust. From there Mrs. Newman forged her own path, while also becoming the matriarch of the now-large, well-connected, and powerful Newman family.

Together, Thomas Scott and Braeden went on to form one of the most successful couples, fondly referred to as ‘Niktor’, in the history of the genre. They are currently together, though Victor is under house arrest at the Ranch, while Nikki remains in lockup for the murder of J.T. Hellstrom (Thad Luckinbill).

The Young and the Restless: Who Is A Better Match For Kyle–Lola Or Summer— Vote Now!

The dovetail of Y&R’s ten-month epic arc and Thomas Scott’s milestone anniversary purposely spotlights just how important this actor has and continues to be. Her presence has helped this iconic soap opera to remain number one among all scripted daytime show for more than thirty years.