Days of Our Lives Spoilers: Jack Reveals Haley’s Immigration Status – What Will Haley Do Now? 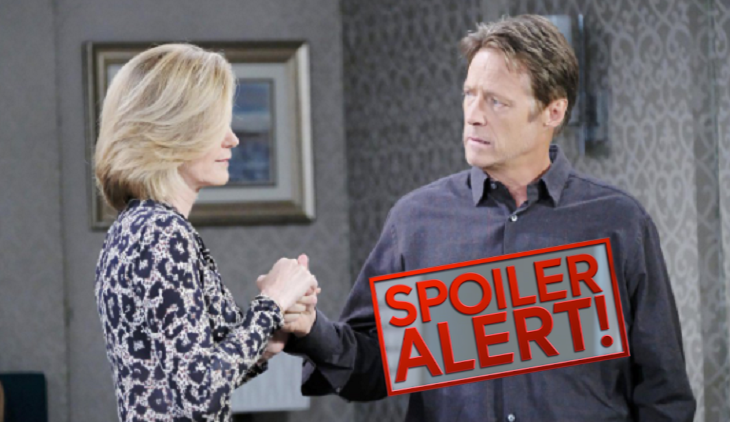 Days of Our Lives (DOOL) spoilers tease that Jack Deveraux (Matthew Ashford) will really shock his family and friends. He’s currently running for mayor against Abe Carver (James Reynolds) and Melinda Trask (Laura Kai Chen), and it looks like it will be a tough race. Abe’s a great incumbent candidate, Melinda’s tough as nails, and Jack may have a hard time standing out as a contender.

But Eve Donovan (Kassie DePaiva) is pulling the strings behind Jack’s campaign, and she’s going to see to it that Jack not only becomes a stand-out competitor but that he knocks one of his two competitors out of the race entirely.

Of course, Jack already knows that Haley is undocumented thanks to JJ Deveraux (Casey Moss), but Eve will pressure Jack to use the information about Haley’s immigration status to his advantage. And while Jack may be a bit reluctant at first to hang his son’s girlfriend out to dry, it looks like he’ll ultimately do exactly as Eve wants.

It seems that Jack will wait until the first mayoral debate to “out” Haley as an undocumented immigrant, all for the purpose of discrediting Melinda and making her look soft on crime. Melinda will definitely take a hit to her career and her chances of becoming mayor will be shot, but the devastation will only be beginning for Haley.

What will Haley do now that everyone knows about her immigration status? Jack’s actions will have terrible consequences for Haley. She’ll be in a real bind and may face legal action and deportation, and she’ll likely lose her job as well. She’ll might even consider fleeing Salem and getting away from all of the drama.

Days of Our Lives Spoilers Thursday, February 21: Leo Gets His Revenge