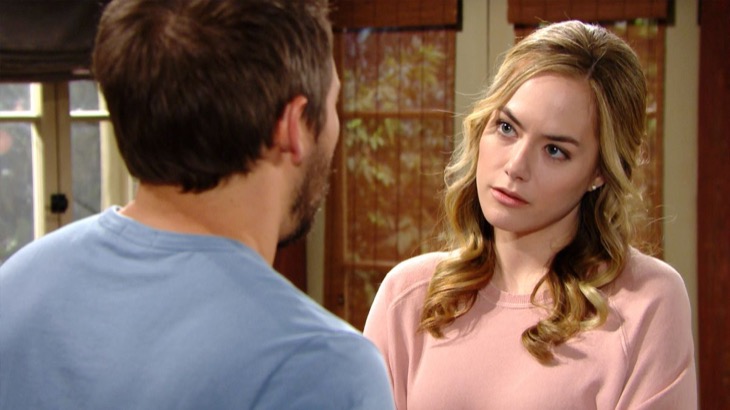 The Bold and the Beautiful (B&B) spoilers for Friday, February 22, tease that Steffy Forrester (Jacqueline MacInnes Wood) and Liam Spencer (Scott Clifton) will continue to bond as they look after Kelly Spencer (Chloe Teperman and Zoe Pennington) and Phoebe Forrester (Isabella de Armes and Redford Prindiville). The two will chat and the topic of Hope Spencer (Annika Noelle) will come up.

Hope’s still having a hard time dealing with the loss of Beth Spencer, and she only seems comforted and happy when she’s in the presence of Phoebe. Steffy and Liam will chat about that, and they’ll each express concern about Hope’s relationship with Phoebe.

Steffy certainly doesn’t want to deny Hope from seeing Phoebe, but she’ll let Liam know that she’s starting to get uncomfortable with Hope’s attachment to her daughter. It’s almost like Hope’s obsessed with Phoebe, and Steffy will worry that the obsession is unhealthy for Hope and may be standing in the way of her healing. It looks like Liam will agree with Steffy, but what will the two of them do about the problem?

Bill makes a pledge to Katie and Will about their family. WATCH FULL EPISODE: https://t.co/K1K9smX1lt #BoldandBeautiful pic.twitter.com/7xZPtkf62q

Meanwhile, on the new B&B episode on Friday, February 22, Bill Spencer (Don Diamont) will be taken aback. Wyatt Spencer (Darin Brooks) has just given him an ultimatum to revive Spectra fashions, and Bill will be shocked by Wyatt’s move.

On Friday’s episode, Wyatt will go on to explain why he wants Spectra fashions reinstated. Wyatt considers himself a package deal with Sally Spectra (Courtney Hope), and he intends to look out for her. Plus, Wyatt feels like his dad owes this to Sally after everything he did to bring Spectra down last year.

But will Bill agree to such an arrangement? It seems that he will if he really wants Wyatt back at Spencer, and he wants that very badly. Bill may have to run the numbers first, as reviving Spectra will come at a significant cost. But to get Wyatt back, that’s the cost.