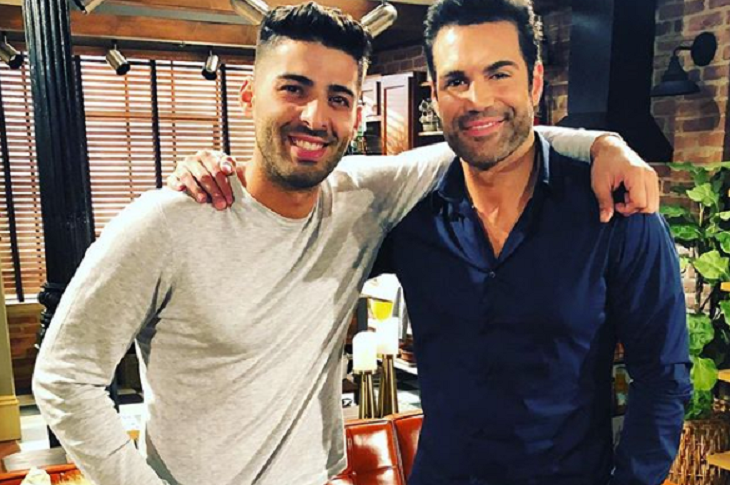 The Rosales family is the newest addition to The Young and the Restless, and Jordi Vilasuso, who plays Rey Rosales, is proud to have snagged the role six months ago. In an interview with Soaps In Depth, Jordi opens up about the challenges he experienced in portraying the character, as well as what’s exciting about his qualities.

Jordi Is Enjoying The Role!

“It’s been very exciting. Careerwise, this is the first time I’ve played a cop on a soap,” Vilasuso shared.

Rey is a new detective in Genoa City, who’s been keeping his eyes on the upper crust of the city, especially those who are likely involved in the murder of J.T. Hellstrom.

“I feel Rey has this heroic quality to him. He has a very strong moral compass and integrity,” Jordi said. He also came to town to look after his siblings, Arturo (Jason Canela) and Lola (Sasha Calle).

“Rey is a paternal brother, really, because he raised his siblings after their father left,” Jordi told Soaps In Depth. “One of the reasons he came to Genoa City is because he wants to look after them, be close to them. In a lot of ways, that’s true to Cuban-American families. They tend to be pretty tight-knit. It’s nice to be able to show that!”

Today on #YR, Phyllis protects her interests and Jack lets his guard down with Kerry. WATCH FULL EPISODE: https://t.co/zDKc2MeZPp pic.twitter.com/L12sWUb1Kj

Rey Has Exciting Material Coming Up

Furthermore, Rey’s job does not have a shortage of challenges, including butting heads with the city’s elites. His estranged wife Mia (Noemi Gonzalez) also appeared shortly after he arrived in Genoa City, adding to the drama and complicated relationship he has with his siblings.

He and Mia agreed to try to make their marriage work, but Mia had an affair with Arturo. Rey, meanwhile, had been battling his feelings for Sharon. And when he finally confessed he loves her, he found out Sharon is involved in J.T.’s murder.

Now, his sister Lola is in the hospital after she was attacked. She remains unconscious and Rey vows to find who the culprit is.

Young and the Restless Spoilers: Friday, February 22 – Victor Lashes Out At Phyllis – Nick Is Stunned

Talking about how Rey deals with a fall, Jordi said, “He will always crawl out of the hole and return to the place he is now — because that’s who he is.”