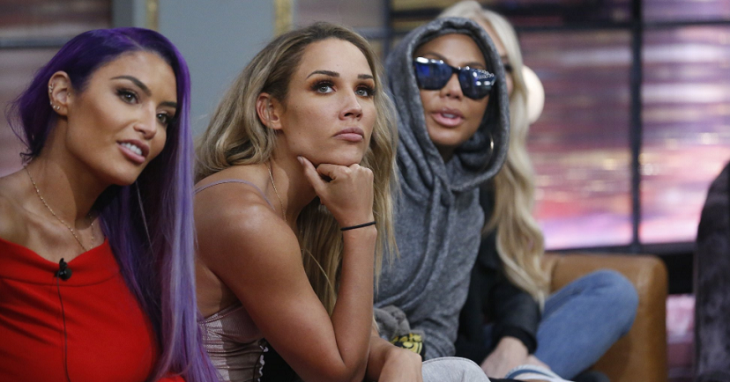 Celebrity Big Brother 2019 news reveals Lolo Jones may have been a poor sport about losing this season of BBCeleb. Ever since the Ending of CBB Season 2, Lolo has been very hostile in the comments about her former co-stars. She came in third place and it is said to have opened up some old wounds seeing as she has yet to win an Olympic medal. Social media has labeled her a sore loser.

The Sting Of Third Place

After Ricky Williams evicted her, she expressed a load of bitterness toward the former NFL star.

One source said, “Coming in third place on Celebrity Big Brother may have struck a chord with the Olympic athlete who has yet to win a medal of any kind.”

But the question is, is she taking out her loses on other celebrities like Ryan Lochte and Ricky Williams?

Briefly, after the show ended, Lolo Jones claimed she was robbed on Twitter. Some Celebrity Big Brother fans responded that they couldn’t believe that Lochte finished the show trying to act like the more mature Olympian, or that Ryan wins metals and she does not.

Lolo was not entertained by these responses, she quickly made a response, “I don’t get escorted out of Olympic games,” or “lie about a whole country.”

In a response to an internet troll, she recently said that the picture she posted was a joke within itself, but it was a dark one and possibly a threat. She said it was her swimming in Ricky’s pool after she drowned him. BB fans have now given her the name “Loco Lolo”.

Do you think Lolo Jones is mad at Ricky or Ryan? Or perhaps, she is mad at both of them!  Don’t forget to come back to Hollywood Hiccups later for more Big Brother spoilers, news, and casting updates!