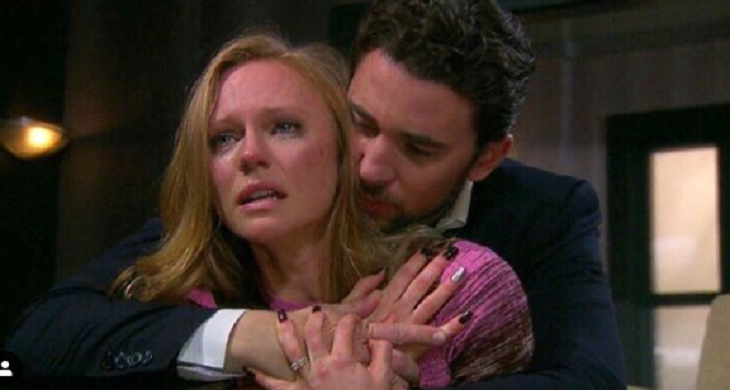 Marci Miller just can’t let her scene partner, Billy Flynn, leave Days Of Our Lives without saying goodbye. The Days’ ex-cast member took to Instagram to let viewers know how special Billy is to her.

In her post, she revealed that she went back to Burbank Studios for the first time since she left the show just to see Billy Flynn on his last day on set as Chad DiMera.

“I knew this day was coming, and that I didn’t want to miss it,” she said. “I sat on a stool in the dark, watching, tearing up at all he had given over the last 4 years, and how difficult it can be to walk away from it all. I followed him around like a kid as he said his goodbyes and carried a big bag of shoes to his car.”

Marci Miller portrayed Abigail Deveraux on Days and made her debut in November 2016. She made her last appearance on the show on Nov. 19 last year. She’s been lauded for her role as Abigail and even got a Daytime Emmy Award nomination for Outstanding Lead Actress. Although she left the soap, her character remained and was portrayed by Kate Mansi.

Meanwhile, Days of Our Lives viewers also bid farewell to Chad DiMera and Abigail Deveraux, played by Mansi. Although the two characters are leaving the show, it is a happy ending for the fan favorite couple.

Chad and Abby have been through a lot over the years. There were Abby’s mental issues and Charlotte’s kidnapping. Now that their family is complete, the couple gets remarried in an intimate ceremony conducted by Julie Williams. After the reception, the couple packs their things and takes their children Charlotte and Thomas out of Salem to move to Paris.

As expected, Stefan DiMera acts out after finding out about Chad and Abby’s decision to leave. He’s still in love with Abby’s alter ego, Gabby, and Abby’s departure means he’ll lose the love of his life for good.