Welcome to your Friday, February 22 General Hospital recap! We begin our day at the Hospital with Robert (Tristan Rogers) and Sonny (Maurice Bernard) discussing Dante’s (Dominic Zamprogna) predicament. Robert says he’s working on getting Dante back without causing too much trouble. Sonny picks up his phone and calls Brick, asking for his help.

Shiloh (Ryan McLaughlin) and Sam (Kelly Monaco) meet up at the Metro Court where Carly sees them. They depart for their road trip. Sam and Shiloh show up a place called Brook Lake where they enter an old lighthouse tower. They ascend the tall lighthouse stairs as Jason (Steve Burton) secretly walks in behind them.

Sam turns on her cellphone so Jason can listen to their conversation from downstairs. Shiloh says the lighthouse is special to him after one day he woke up there, the sun was pouring in and he had a revelation, thus Dawn of Day was born. He had a moment of clarity, a calling to bring the light to as many people as possible. Shiloh asks Sam to spend the night. 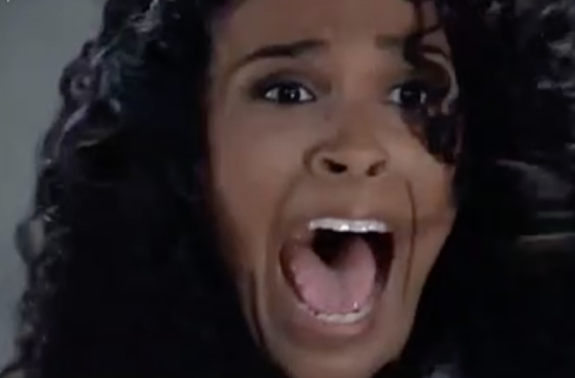 Curtis (Donnel Turner) is at the hospital on the phone with TJ. Drew (Billy Miller) walks up and they discuss how Lulu is feeling. They both agree that Franco’s guilty plea must have an ulterior motive. Drew goes to the garage and gets in his car, leaving a voicemail for Liz.

Elizabeth (Rebecca Herbst) is in her car breathing heavily when Terry (Cassandra James) sneaks up and startles her. Terry says she’s sorry if she’s been a bad friend. Elizabeth is sure there’s another reason that he pleaded guilty, but Terry says she trusts Liz’s intuition. Elizabeth continues crying and Terry comforts her. Terry keeps pushing Liz to scream and let out her anger. Liz screams the most guttural, painful scream, with tears streaming. Terry and Liz embrace.

Franco And Jordan Plot Their Next Move

At Ferncliff, Jordan (Briana Nicole Henry) and Franco (Roger Howarth) is discussing his plan to manipulate the killer. Franco is worried that the killer will come for him. Jordan gives him a secret cellphone, but it can only go directly to her.

Ava (Maura West) and “Kevin” (Jon Lindstrom) arrive at the Metro Court and ask Carly (Laura Wright) for her best bottle of champagne as they are celebrating their engagement. Carly says, “How’s your wife feel about that?”

“Kevin” says the marriage to Laura is just a formality. Carly storms away and “Kevin” says if Carly and Sonny are any trouble he could just “kill them.” Ava is having a drink waiting for “Kevin” while Carly looks at her from across the room.

Sonny enters and Carly tells him about the engagement. Sonny says he’s going to go search for Dante himself and Carly approves. “Kevin” finally shows back up and give her the signed divorce papers.

In the basement of Ferncliff, Laura (Genie Francis) is screaming for help. They hear the rattling of keys and Ryan is back to torture them. Ryan pulls out a knife and says he’s come to finish what he started.

It’s a letter opener that he uses to open an envelope – it’s their divorce papers. Laura says she refuses to help Ryan be a danger to Ava. Ryan threatens to stab them with the weapon unless she signs the papers. Laura signs them on the spot and Ryan leaves.

At the hospital, Anna (Finola Hughes) is debating with Dr. Cabot that she was ever a part of the twin study. Dr. Cabot says that she was drugged and kidnapped in order to be a part of the experiment. Anna begins to attack him screaming “when was I taken and where was I held!?”

Finn (Michael Easton) drags her from the room. Ana and Robert head back into Dr. Cabot’s room and grill him about the experiments. Dr. Cabot says the purpose of the experiments was to learn how to transfer memories from one person to another.

Dr. Cabot says Anna and Alex were the first patients in the process. Robert says it must have failed because she doesn’t have Alex’s memories, Anna says, “yes I do.” Anna figures out there are two more unwilling participants in the study.

Drew is driving in the garage when suddenly the blindness hits. Cut to Jason ascending the lighthouse stairs and grabbing his head as he tumbles all the way down unconscious. Jordan is entering the garage just as Drew hits the gas and runs her over!

General Hospital: Laura Can Save Herself And Kevin–But She Has To Act Fast!