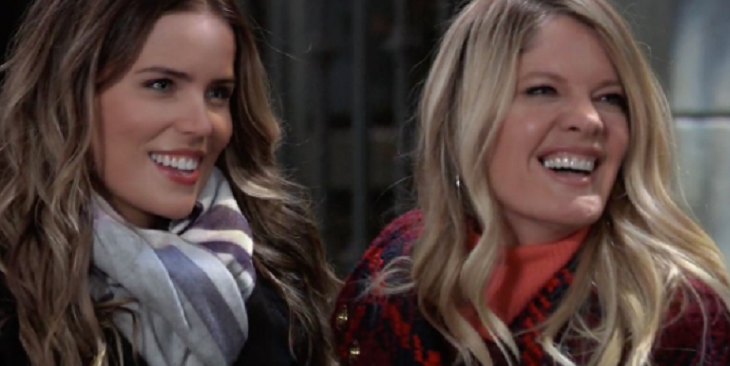 General Hospital (GH)  spoilers for Monday, February 25 tease several exciting situations ahead for General Hospital viewers! First, Drew Cain (Billy Miller) having been brought into General Hospital asks if he hit anyone; he had been struck with the blindness virus and passed out in the parking garage in Friday’s episode. He did indeed hit someone…Commissioner Jordan Ashford (Briana Nicole Henry), walking to her car.

That brings us to Curtis Ashford (Donnell Turner), asking his Auntie Stella (Vernee Watson) to tell him what’s going on. They are in the hallway of the hospital so no doubt this is about Jordan. Stella may have been in the hospital and saw Jordan being brought in, so she should at least have the basics for Curtis.

Next up, Anna Devane (Finola Hughes) questions Dr. Arthur Cabot further about the memory transfer project he pioneered that Andre Maddox (Anthony Montgomery) built upon to create the memory-mapping process that Drew and Jason Morgan (Steve Burton) was involved in.

Anna presses Cabot to tell her if he was successful in transferring any of her sister Alex Marick’s memories to her. Next, Maxie Jones (Kirsten Storms) tells Peter August (Wes Ramsey) that the results for the DNA test that they drove out of town to submit to a lab, to see if Sasha Gilmore (Sofia Mattsson) and Nina Reeves (Michelle Reeves) are related, are back in.

Next, we see Nina talking to Sasha; she’s asking her to stay in Port Charles until the wedding, which she most likely will want her to participate in. Then Valentin Cassadine (James Patrick Stuart) asks Peter for a favor; maybe he’ll want Peter to be his best man?

Last, we see Carly Corinthos (Laura Wright) telling Jason, also in the hospital after being struck with the blindness virus at the same time as his brother Drew, about her impending blessed event! Imagine that…Carly tells Jason when she hasn’t even told her older children yet!