The Bold and the Beautiful Friday, February 22 Recap: Hope Wants Liam With Steffy, Bill Caves In To Wyatt’s Demands 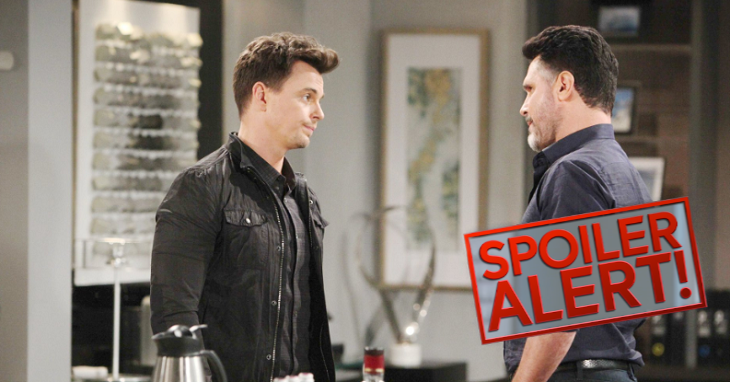 The Bold and the Beautiful (B&B)  recap for Friday, February 22 finds that Hope Logan (Annika Noelle) continues to push Liam towards Steffy and her two daughters. Brooke pays Steffy a visit as she is worried about Liam and Hope. Bill agrees to Wyatt’s terms.

It all begins with Hope (Annika Noelle) telling Brooke Logan (Katherine Kelly Lang) that she wants to set Liam free. And by that, she means that he is better off helping Steffy Forrester (Jaqueline MacInnes Wood) and her two daughters at home.

Hope insists that she’s the third wheel in this situation, even though she’s married to Liam Spencer. (Scott Clifton) She believes that she is taking away a father from two little girls who need him more than she does.

Over at Steffy’s beach house, Liam (Scott Clifton) expresses his concern about his wife’s erratic behavior. He feels that she is pushing him away. Both Steffy and Liam find it bizarre that Hope is acting like a biological mother to Phoebe and Kelly.

Brooke then stops by and tells Steffy that she is also worried about Hope. Steffy assures her that she would never do anything to get in the way of Hope and Liam’s marriage. But after Brooke leaves, Steffy can’t help but think about her own romance with Liam.

Over at Spencer Publications, Wyatt (Darrin Brooks) and Bill (Don Diamont) squabble over what steps to take next with the company. Bill reminds Wyatt that they are not a fashion house and that he is not interested in Sally (Courtney Hope) and her Spectra Fashion. He isn’t looking to make runway dresses.

Do you think Sally should go back to working on Spectra Fashions? #BoldandBeautiful pic.twitter.com/Plfi0SBCb2

Wyatt argues with his father, adding that he needs to take both of them on, otherwise he’s turning his back on him once again. Bill finally caves in but gives Wyatt a stern warning. Bill then apologizes to his son, adding that he would like to one day repair things with Liam as well. For now, he’s glad to have Wyatt back in his life, even if that means he also has to deal with Sally.

At Forrester Creations, Sally and Wyatt exchange knowing looks. Eric (John McCook) tells Sally that he’s noticed all of the good work she’s done lately. He also says that she and Wyatt make a good team and feels sorry that he has someone like Bill for a father. Sally reassures him that they will be able to take care of themselves.