The Young and the Restless: Mariah Receives Shocking News As She Tries To Keep Her Mom Out Of Prison 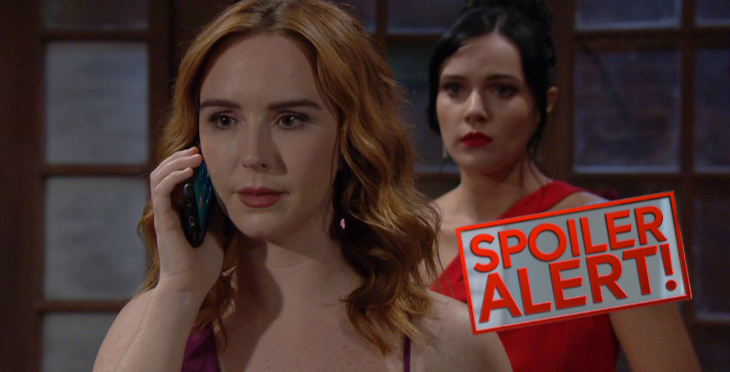 The Young and the Restless (Y&R) spoilers tease that after getting grilled by the police and saying something that she thought would help keep her mom out of jail, Mariah (Camryn Grimes)  receives shocking news. Her mom, Sharon (Sharon Case), Victoria (Amelia Heinle), and Nikki (Melody Thomas Scott) are going to be arraigned for JT’s (Thad Luckinbill) death.

If proven guilty, the trio will spend several years behind bars, while Phyllis (Gina Tognoni), who was the one who thought about the cover-up, gets to walk free after getting a sweet deal from Christine (Lauralee Bell).

Mariah receives a call asking her to drop by at the GCPD for questioning. At first, she said she can’t remember anything the night JT died because she was too drunk. But she sang a different tune when pressed about a video.

Y&R spoilers state that Mariah said there could be a video of JT’s body being moved into a trunk. After speaking out, she immediately defended her mother and said that it could be all Victoria’s doing, and Sharon was just dragged into her mess. After the interrogation, Mariah is worried that her statement might have done her mom more harm than good. 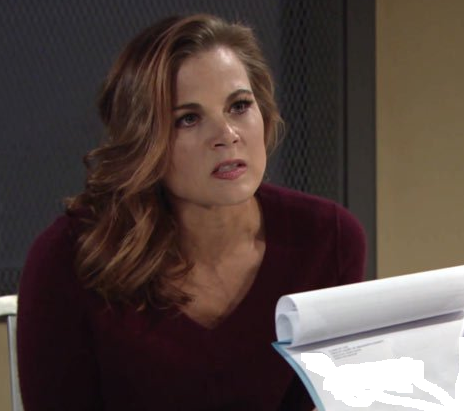 Then she receives a dreadful call informing her that Sharon, Victoria, and Nikki are being charged for JT’s death, and they can go to jail for a long time except for Phyllis. The DA, Christine, is determined to get convictions, and it would seem that the trio’s nightmare is just getting started.

Mariah becomes furious when she finds out that Phyllis is out of jail. Although everybody at the police station was tight-lipped, she will soon find out what Phyllis did to get her freedom.

Meanwhile, Phyllis managed to score a sweet deal from Christine. She told the police everything she knows just to save herself. It didn’t matter if she had to betray Sharon, Vicki, and Nikki. She’s the DA’s star witness in return for an immunity deal.

Spoilers reveal that Victor threatens Phyllis that she’ll pay a dear price if she doesn’t protect Nikki and Victoria. But Phyllis won’t budge. She will still give her testimony. She’s not jeopardizing her freedom for the sake of the Newmans.