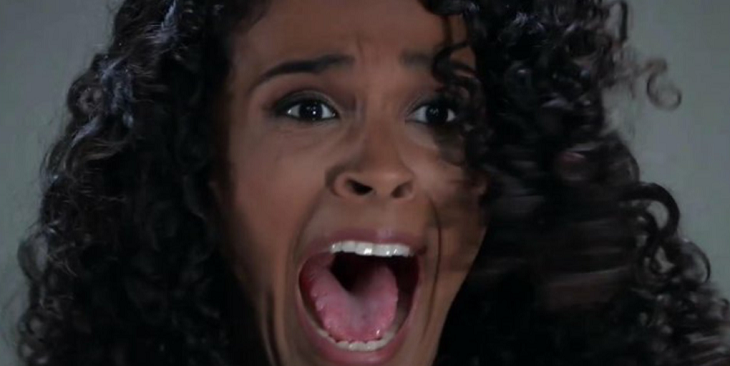 General Hospital (GH) spoilers tease that Jordan’s life will hang in the balance. That’s because Curtis and Jordan’s lives are about to be shattered in pieces when Drew mows down the police commissioner after he goes blind. Jordan is rushed to the hospital with Curtis by her side, hoping and praying for the best outcome possible.

Actor Donnell Turner tells Soaps in Depth in an interview, “I love Briana (Nicole Henry) as a person so much, so seeing her in the hospital bed and playing that out, it was really easy for Donnell the actor to feel what Curtis would feel. Seeing her like that, obviously, is horrible, it’s awful. But as an actor, it was awesome to get some meat to work with. I loved this opportunity and this moment for Curtis to show the fans, show the world, show Port Charles and show his wife just how much he loves her. I let the Viola David waterworks go. In fact, we had to cut because I had too much waterworks going on!”

Their wedding planning is about to take the back seat again, West Coast. Will Jordan and Curtis ever make it down the aisle? #GH is brand-new and STARTS NOW on ABC! @donnellturner1 #GH55 pic.twitter.com/oPeUwXhNS2

What’s Ahead For Jordan And Curtis?

General Hospital Spoilers: Neil Has A Therapy Session With Alexis — The Beginning Of Nelexis?

Of course, fans will have to tune in to find out what happens next! General Hospital airs weekdays on the ABC network. You will have to check your local listings for times.