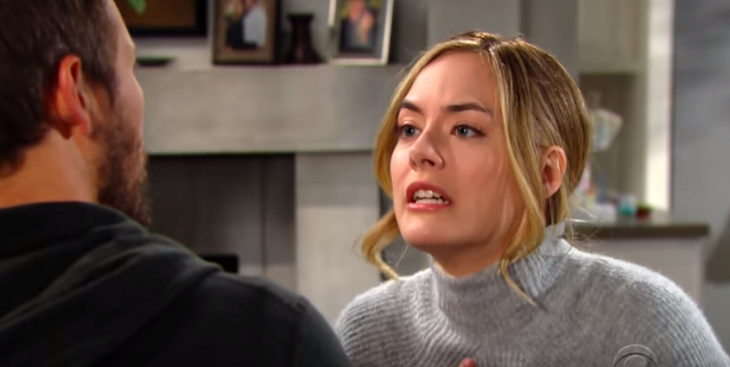 The Bold and the Beautiful (B&B) spoilers for the week of February 25 tease that major drama is ahead for the CBS soap opera as February sweeps come to a close. The new promo suggests that Bill Spencer (Don Diamont) will double cross Sally Spectra (Courtney Hope) by going back on his deal with Wyatt Fuller (Darin Brooks). Flo (Katrina Bowden) and Zoe (Kiara Barnes) will have an epic showdown. Hope Logan (Annika Noelle) will stun Steffy Forrester (Jaqueline MacInnes Wood) and Liam Spencer (Scott Clifton) when she ends her marriage. Here’s what you need to know about what’s ahead on B&B.

In the weekly promo, Wyatt and Sally question Bill about Spectra Fashions. They inquire if he is ready to back the fashion house. Bill replies with a stern no, Does that mean he changed his mind?

It’s quite possible that Bill has something up his sleeve. He didn’t like that Wyatt included Sally in his conditions to come back to work for him. We’ll have to see how it all pans out with Bill, Sally, and Wyatt.

Flo and Zoe will have yet another showdown this week. Zoe advised her father’s accomplice to skip town last week and never look back. The Bold and the Beautiful spoilers state that Flo doesn’t want to do that. She wants to make LA her home.

This week, Zoe will run into Flo at her new job. She is a waitress at a bikini bar. It’s pretty clear that Zoe will not be happy and will not hold her tongue.

B&B spoilers reveal that Hope will shock her husband and Steffy. She will say that Kelly and Phoebe need two parents and she thinks Liam should go back to Steffy. Right now, Hope feels broken and she isn’t sure if she can give Liam a child.

Liam makes it known she wants her and not his ex-wife, Steffy. It won’t matter — Hope takes off her wedding rings and frees Liam to reunite with Steffy and her daughters.

Do you think Liam will honor Hope’s wishes? What’s ahead for Flo? Don’t forget to come back to Hollywood Hiccups later for more The Bold and the Beautiful (B&B) spoilers news, and casting updates!