The Young and the Restless Spoilers: Rey Nabs Lola’s Attacker — Who Is Guilty And Who Was Falsely Accused? 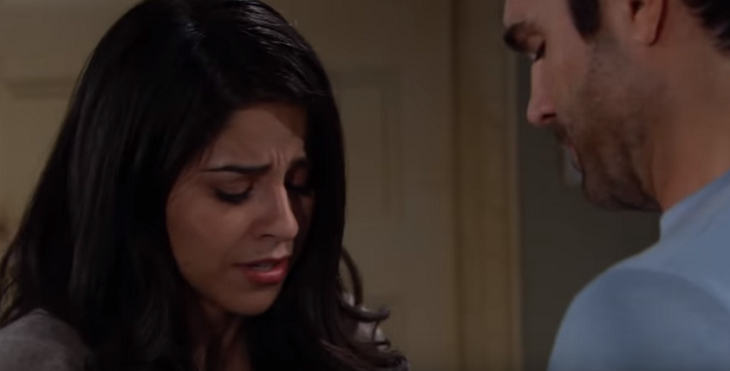 Rey (Jordi Vilasuso) arrests Mia (Noemi Gonzalez) on The Young and the Restless. But before Detective Rosales realizes that his wife was his sister Lola’s (Sasha Calle) assailant, he believes Summer (Hunter King) looks suspicious.

How often can Summer actually claim that she’s innocent of whatever anyone is accusing her of and be telling the truth? Well, there is this time.

Summer Looked Guilty, But It Wasn’t Her

No, Summer did not attack Lola to exact revenge. ‘Kola’ wasn’t the cause of the Kyle’s (Michael Mealor) love being brutally attacked from behind in a case of what will be revealed as mistaken identity.

Kyle was confronted by Summer at Jabot regarding what he’d said to Rey. Summer was rightfully upset, again another out of character, yet legitimate riff. And Kyle was truthful in his response, verbally detailing Summer’s duplicity and ‘Syle’s’ always checkered history.

Former executive producer and head writer Mal Young, whose scripts are still running, though he’s no longer in charge, created Lola, who has quickly become an endearing character. She was crafted, in part, to be the anti-Summer. A fan club could exist on that point alone.

Yesterday at the cabin:

Summer tells Lola: “You know, I’m going to let you in on a little secret. You and I have something in common. I wanted Kyle to be my first too.”#Kummer #Lola #YR #YoungandtheRestless #TheYoungandtheRestless pic.twitter.com/T3o7gAVgJ1

The Jig Is Up For Mia

And then there’s Mia, who’s out-Summer’d Summer since flying in from Miami. She’s been pulling both Rosales’ brother’s strings and went completely off the rails by first pulling Abby’s (Melissa Ordway) long blonde hair and later mistaking Lola for Summer’s aunt aside of the Abbott mansion’s heated pool, that was just recently mentioned as a lead-in to this drama. The last sentence may last longer than Lola’s coma by the way.

The set up to Abby giving her winter coat to Lola, who popped the hood up and dashed to the Abbott house in search of Kyle, was terrific. Mia arrived, shown only from high-heel level, pushed who she thought was Abby and spiked the screen of a fallen smartphone that was Lola’s.

The Young And The Restless Spoilers: Lauren Woodland Talks What Ahead For Brittany

Meanwhile, Miss Rosales hit her head on the diving board and within seconds fell face-first into the water. Lola is the innocent victim. Summer is the wrongly accused suspect. Mia is going to jail, as escorted by her not-much-longer husband, Rey.