General Hospital Spoilers: Ava And ‘Kevin’ Engaged — Will She Make It To The Altar? 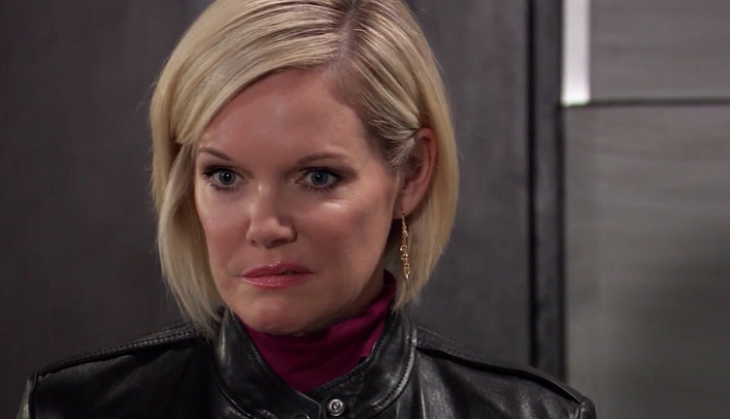 General Hospital (GH) spoilers tease that Ava Jerome (Maura West) will be wanting to share her engagement news and flash her big diamond to anyone who’ll listen and look in Port Charles. Ava’s never been married before and so a wedding engagement is a very exciting thing for her! She might want to go all out and plan the biggest wedding Port Charles has ever had, but she may just run into some opposition with that.  For one thing, she doesn’t have very many people she could invite.

Carly Corinthos (Laura Wright) ran Ava and her fiancée “Kevin Collins” out of the Metro Court; so that’s out for a venue; not to mention Carly wouldn’t let Avery Corinthos (Ava and Grace Scarola) be her flower girl. If she were to ask, Carly would probably tell her “over my dead body” although considering who Ava is marrying, she probably should discontinue using that phrase!

Her brother Julian Jerome (William DeVry) will probably be against it; if it were anyone else, he might be okay with it. But Julian doesn’t seem to trust “Kevin” any more than folks around Port Charles who’ve known him many more years than Julian does.

Even Scott Baldwin (Kin Shriner) will be against this wedding, and if he gets a chance he will be more than happy to tell Ava she’s out of her mind! Partly because of “Kevin’s” notes in Franco Baldwin’s (Roger Howarth) patient file, now Franco’s not even able to wish Ava well or be a guest at her wedding, because he’s in jail.

"This situation is gonna kill me." #GH55 pic.twitter.com/YRYlJN30QO

Franco Senses Kevin Is Off

Both Scott and Franco know there’s something “off” with “Kevin”, and other General Hospital spoilers tease Franco may have even figured the whole thing out! Not to mention even “Kevin’s” friends are upset with him for hurting Laura Collins (Genie Francis) and taking up with Ava!

General Hospital fans can almost feel sorry for Ava getting so excited over her first wedding because it probably will never happen. An approximately six-foot-tall cat – or should that be a skunk – is about to be let out of the bag when “Kevin” is exposed as his long thought-to-be-dead psychotic twin Ryan Chamberlain!

Stay tuned to GH and keep checking General Hospital spoilers frequently for the latest progress on the serial killer case and how it lines up with Ava’s wedding that may never take place!