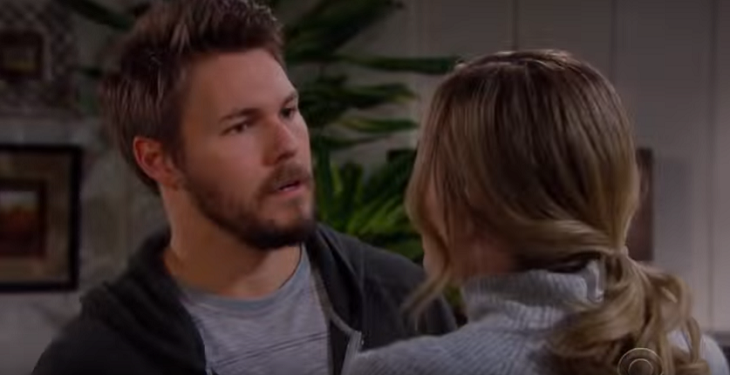 The Bold and the Beautiful (B&B) spoilers for Tuesday, February 26, tease that Hope Spencer (Annika Noelle) will make a shocking demand. Hope is under severe emotional distress right now, having lost her daughter Beth Spencer, and she isn’t thinking about herself or her own needs. In fact, she’s just told Steffy Forrester (Jacqueline MacInnes Wood) that Liam Spencer (Scott Clifton) needs to be with Steffy and her girls…permanently.

Of course, Steffy has tried to talk Hope out of this belief, but the more Steffy talks, the more insistent Hope becomes. On Tuesday’s episode, Liam will arrive at Steffy’s house, and Hope will take the opportunity to talk to them both together. Hope will make a big speech about how Liam and Steffy belong together, and about how the children are the most important people in the equation.

Liam and Steffy will listen helplessly as Hope goes on about all of this, and she’ll end her speech by making a grand gesture. She’ll remove her wedding ring and forcefully give it back to Liam, to symbolize the end of their marriage. She’ll insist that it’s the right thing to do given the circumstances.

Today on #BoldandBeautiful, Hope insists to Liam that that he belongs with Steffy, Kelly and Phoebe. pic.twitter.com/GZ7djJ4GYk

Liam and Steffy will be stunned by Hope’s behavior. They knew that she was in bad shape but they had no idea that she was in so much anguish. Neither Steffy or Liam are looking for a reunion right now, and they’ll try to tell Hope that she’s way off base. Liam will try to reassure Hope that he wants to be married to her and that he can be a great dad while still being her husband.

Meanwhile, on the new B&B episode on Tuesday, February 26, Wyatt Spencer (Darin Brooks) and Sally Spectra (Courtney Hope) will revel in Wyatt’s big accomplishment. He successfully negotiated the revival of Spectra Fashions with his dad, Bill Spencer (Don Diamont). That’s quite a feat, and the two lovebirds will celebrate their victory.

They’ll also start to prepare for the next step in the process, which will be to negotiate the specifics of the deal with Bill. His dad is not an easy negotiator, and he may have terms that will need to be dealt with. Wyatt and Sally will playfully practice their negotiations on each other in preparation for their big meeting with Bill.

The Bold and the Beautiful Spoilers Monday, February 25: Hope Has A Meltdown– Eric Talks About Thomas