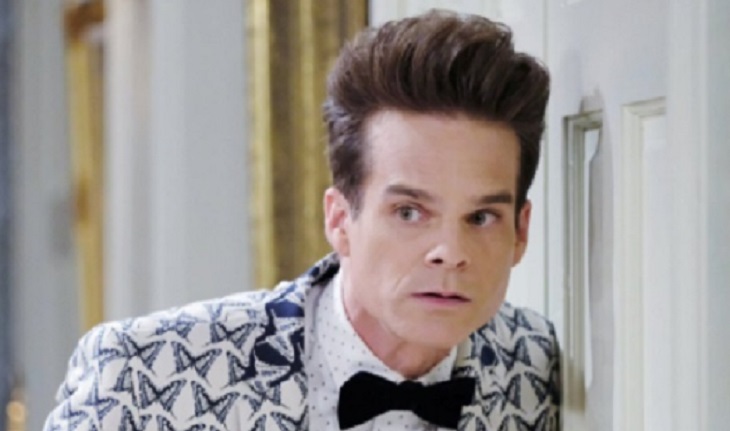 Days of Our Lives (DOOL) spoilers for the week of Monday, February 25 reveals that John (Drake Hogestyn) is going to take matters into his own hands. Also, Kate (Lauren Koslow)and Rafe (Galen Gering) have some information to share while Eric (Greg Vaughan) makes a mistake that he might soon end up regretting. Here’s what you need to know about what’s ahead on DAYS.

It all begins with Jack (Matthew Ashford) driving things right past JJ (Casey Moss) and Haley (Thia Megia). When JJ first told Jack about Haley, he asked his father to keep the secret to himself. Of course, Jack didn’t listen.

In the latest #DAYS, Jack and JJ bond after the wedding. https://t.co/ZsCmioRrzb pic.twitter.com/pb2zdY27EN

Elsewhere, Kate and Rafe will sit down to share information about Ted (Gilles Marini) while Hope (Kristian Alfonso) will put her pride to the side and apologize to Ben (Robert Scott Wilson). She will admit that she was wrong about him now that she sees he’s not the deranged serial killer that everyone in Salem thought him to be. At least, not anymore.

Eric will repeat a mistake that he’s made several times in the past: he will confide in his mother. Ben starts working with Stefan (Tyler Christopher) again while Chloe (Nadia Bjorlin) might unknowingly be setting herself up for danger. But this won’t stop Chloe and Stefan from continuing to bond with one another.

Also, Marlena(Diedre Hall) will have a little chat with John about something that’s been on her mind lately: Leo (Greg Rikaart). She can sense that he’s not telling her the entire truth about what is going on or his past with Diana (Judith Chapman) for that matter. Days of Our Lives spoilers tease that a frustrated John will tell Marlena to back off from Leo and stay in her lane. Of course, fans will have to tune in to find out what will happen next!

In the meantime, don’t forget that Days of Our Lives airs weekdays on the NBC network. Check your local listings for times. Also, drop us a line with your thoughts in our comments section below.