Days Of Our Lives Spoilers: Sarah Has A Steamy Dream About Eric — What’s Ahead For The Potential Couple 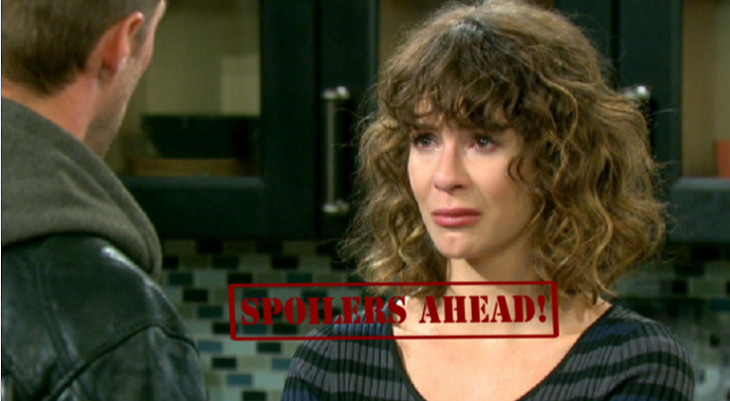 Days of Our Lives (DOOL) spoilers tease that Eric Brady (Greg Vaughn) may not be the only one harboring secret feelings and attractions; it would seem Sarah Horton (Linsey Godfrey) may be hiding some for Eric as well!

Sarah Has A Steamy Dream

Perhaps Eric and Sarah should lay their cards out on the table and quit beating around the bush before someone else gets hurt. Rex is trying to make things work with Sarah, but there is still a lot of hurt feelings and distrust between them.

After all, it’s pretty low to cheat on a girl with both his ex and her sister at the same time, not to mention stupid! Sarah’s sister acted pretty low allowing the cheating with her as well, so that’s like a double betrayal for Sarah. No wonder she’s suspicious when Rex breaks a date with her.

Does Eric Want Sarah, Too?

But with Eric, not only is there a bond of friendship and someone who enjoys her company, and she his, but there’s a clean slate. Eric has some problems, but they are in the past; and it’s probably time he moved on from his feelings for Nicole Walker (Adrienne Zucker) too since she’s presumed dead (for the time being).

But Eric is having a difficult time with his feelings, preferring to keep them inside rather than get into another “brother battle” like he was in with Brady Black (Eric Martsolf) over Nicole. The two will probably continue to hide their real feelings and attractions to each other for a while, and more than likely put out mixed signals!