The Bold and the Beautiful Recap For Tuesday, February 26: Hope Won’t Back Down– Bill And Katie Reconnect 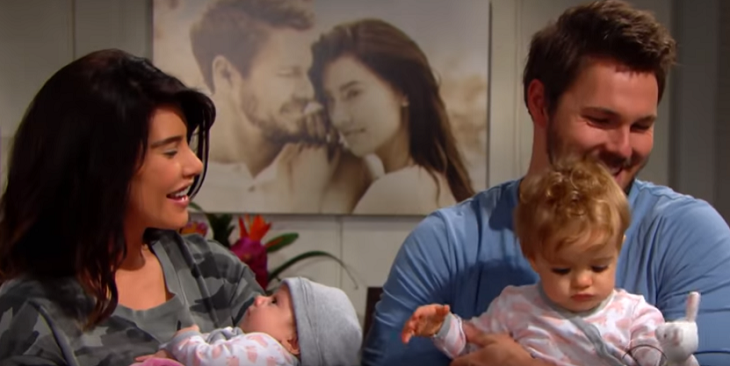 The Bold and the Beautiful (B&B) recap for Tuesday, February 26 finds Steffy feeling irritated with Hope. Liam has his doubts while Bill is finally picking up the pieces in his family life.

It all begins with Liam (Scott Clifton) having a heart to heart with his father Bill (Don Diamont) at Spencer Publications. Bill knows that Liam is in a tough spot and that his wife Hope (Annika Noelle) keeps pushing him out the door to be with Steffy (Jacqueline MacInnes Wood) and her two daughters.

Liam tells his father that Hope is acting irrational and that she is transferring all of her hurt and pain from losing to onto him. Bill tries to be understanding but tells Liam that he can’t solve his problem for him. He also suggests that Hope might be making a mistake.

Bill makes a pledge to Katie and Will about their family. WATCH FULL EPISODE: https://t.co/K1K9smX1lt #BoldandBeautiful pic.twitter.com/7xZPtkf62q

Hope Refuses To Listen To Steffy

Over at Steffy’s house, she tries to convince Hope to listen to reason. Hope is having none of it. She wants Liam to remember the vows that he made to Steffy and not to her. She can’t live knowing that Phoebe and Kelly will never have a full-time father in their lives because of her.

Hope also says that she doesn’t want to get pregnant again. Steffy reminds her that she didn’t marry Liam to have a child, but because she loves him. Hope counters by saying she knows Liam still loves Steffy. Liam then enters the home. Hope tells him that there’s no need for him to knock, as he should use his key. It’s his house, after all.

At Forrester Creations, Wyatt (Darrin Brooks) tells Sally (Courtney Hope) that they want to make sure they’ve got their tracks covered with Bill. Wyatt shares that Bill is desperate to have a family again and wonders what Liam will think. Wyatt then coaches Sally as to what to say during her negotiations deal with Bill. Sally says that she is looking forward to all of her dreams coming true before they kiss again.

At Katie’s (Heather Tom) house, Donna (Jennifer Gareis) quizzes her about her evening plans. Of course, Bill is coming over. When Bill finally arrives, he brings Katie up to speed about everything that’s been going on at Spencer Publications.

Bill tells her about how Wyatt is coming back and that he is reviving Spectra Fashions again. Katie agrees that it’s a good idea. Their son Will then enters the room and impresses his dad with how much he has in his bank account. Little Will then pauses and realizes that his parents are acting like friends. What’s more, he’s got a family again.

The Bold And The Beautiful Spoilers: Steffy Tells Taylor About Hope’s Offer — Will Steam Reunite?