The Bold And The Beautiful: Scott Clifton and Annika Noelle Talk About Losing Beth And Lope’s Future 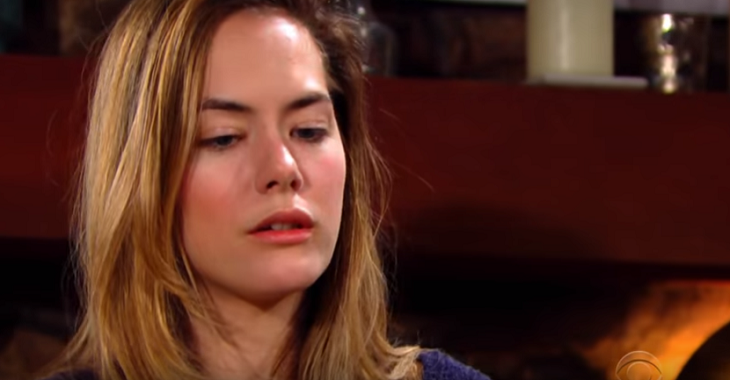 The Bold and the Beautiful (B&B) spoilers tease that Liam and Hope’s baby drama is far from over. In an interview with Soap Opera Digest, Scott Clifton, who plays Liam, and Annika Noelle, who portrays Hope, opens up about the emotional scene wherein they were told that their baby had died.

Actors React To The Emotional Storyline

Clifton was taken aback by the shocking twist in the story. It was totally unexpected since he thought it would be a “milestone birth” because of how the story went before the baby loss storyline.

Clifton said, “I thought it was such a cool, risky, controversial move. They punched the audience in the gut, threw them out of the car and went, ‘See ya!’ There is a sick, nihilistic part of me that loved that.”

Today on #BoldandBeautiful, Hope insists to Liam that that he belongs with Steffy, Kelly and Phoebe. pic.twitter.com/GZ7djJ4GYk

For Noelle, she was more concerned about giving the story justice and being able to portray it as genuinely as she can. While on the set, Noelle had no idea how much of an impact these emotional scenes had on her until she watched the episode herself.

Clifton, on the other hand, was not able to muster up the courage to watch the scenes mainly because they were too painful and he just does not want to go through that again. Clifton was very proud of her scene partner.

The scene, as emotional as that, was extremely hard to pull off, but Noelle managed to do so.

“You could feel her crying from her gut. It was almost hard for her to stop herself when they called cut. She was shaking,” Clifton added.

Can Lope Make It?

Moving on to the big question as to whether the on-screen couple would be able to survive such a loss, both Clifton and Noelle confessed that they do not know. They said that they have no clue as to how the story will go.

The storyline constantly changes and predicting how things will turn out is just impossible in The Bold and The Beautiful. Although the two want to see Liam and Hope survive this tragic loss, they also admitted that people drown in grief. Nobody can really tell what will happen next.

The Bold and the Beautiful Spoilers Monday, February 25: Hope Has A Meltdown– Eric Talks About Thomas

Liam and Hope now face another bump, and that is how to keep their marriage intact. The Bold and the Beautiful spoilers reveal that Hope will return her wedding ring to Liam. She feels that she’s taking away Liam from the family he already has with Steffy.

Will they get through together stronger? Or will they part ways eventually?