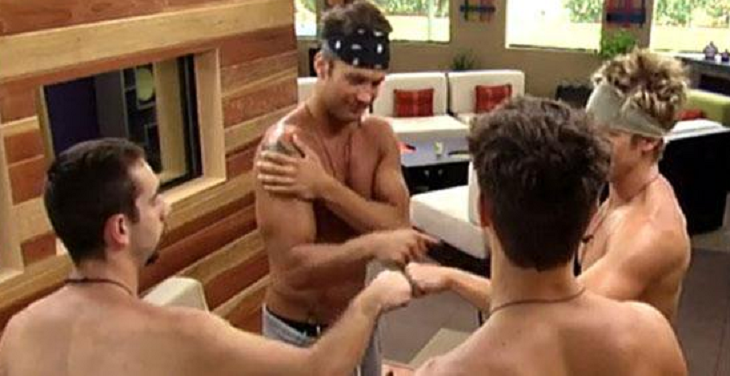 Michael Ellis, better known to Big Brother fans as “Cowboy” from BB5, has been arrested for child abuse in Durant, Oklahoma. BB fans know him from BB5, where he was part of the twist known as “Project DNA” and was competing against his sister Jennifer “Nakomis” Dedmon. However, he did not know she was his sister. They both learned they were siblings while on the show. Cowboy did evict his sister at the final 4 and went on to the final 2 with Drew Daniel.

Police stated that they were called out to Cowboy’s home on Monday, February 18 after the family argument they were having turned into a physical argument. According to the police report, Cowboy’s teenage son reported that Cowboy locked him out of the house. The son, then, kicked the front door in. Cowboy allegedly came after the boy by throwing him to the ground, chipping three teeth, and chocking him.

Cowboy denies all allegations towards him. He says that he only “detained” his son in order to protect himself, his son, and his family.

As the claims of choking his teenage son, Cowboy exclaimed, “The scratches on the neck, he kicked in the door. So the only thing we can think is debris flew up,” he further added, “But I have so many witnesses in the house that I did not come close to his neck.”

He told the officers that his son hit him in the face, but the police maintain that there were no such marks on his face.

Cowboy was arrested on child abuse charges, but he has not been officially charged with any crime. He is running for City Council At Large and does not intend to let this arrest deter him from his goal. He announced that he is not dropping out of the race.

Michael revealed, “People have reached out to me, with hey I have gone through this mental health as well in my household. This is a situation where I can say I was innocent, this was a situation that was bound to probably happen because of mental health issues.”