General Hospital Spoilers: Anna Questions Peter — Will He Give Her Info On Patients 1-5? 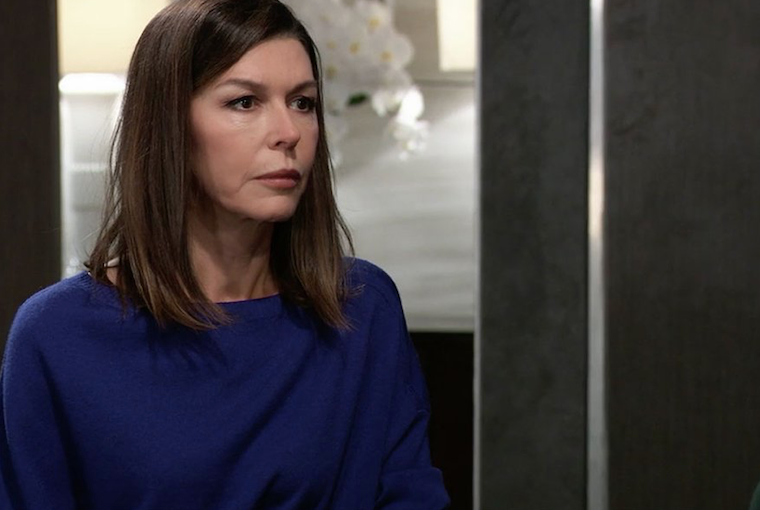 General Hospital (GH) spoilers tease that Anna Devane (Finola Hughes) will be confronting her son, Peter August (Wes Ramsey) by the end of the week. Could this be about what he knows about Patients 1-5 in the Boronsky Clinic where Jason Morgan (Steve Burton) had been Patient 6?

The main thing on Anna’s mind lately has been trying to track down as much information as she can on Dr. Arthur Cabot’s (Time Winters) twin study as possible, and how it relates to the blindness virus attacks, of which Peter will recall she was the first to be hit.

Peter was with her when it happened, surely if he knew anything about the virus and if and how it related to the memory mapping/transfer procedure between Drew Cain (Billy Miller) and Jason Morgan (Steve Burton).

"There are no coincidences where Ryan Chamberlain is concerned." #GH55 pic.twitter.com/KmHludx6YT

Is The Twin Study Dangerous?

Anna has to be wondering why Andre Maddox (Anthony Montgomery) hadn’t warned of it; but then maybe he didn’t know about it. Everyone in the study has only recently been affected, although Dr. Hamilton Finn (Michael Easton) had information from years ago that Dr. Cabot had accidentally passed it to a group of patients in Germany, and it had been eradicated, as far as was known then.

He didn’t know that Cabot was blind, though, until Anna, he and Robert Scorpio (Tristan Rogers) went to Sweden and met him. When Peter was rescued from being held captive and nearly burned alive by Liesl Obrecht (Kathleen Gati) last summer, he made a deal with Robert to give him the information he had heard about Patients 1-5, to keep his freedom.

Maybe Carly has some uplifting news that can help Jason recover from his bout of sudden blindness. @1SteveBurton @lldubs
An all-new #GH starts RIGHT NOW on ABC! #GH55 pic.twitter.com/9WuEKAqSqj

Does Peter Know Anything?

Peter didn’t have much to tell except that he knew Dr. Klein (Gene Farber) had bragged about his work with them because he’d heard him. Klein and Cabot could have worked together, although Peter may not have heard the name.

Perhaps he had heard Cabot’s name mentioned and he will be able to give Anna that information. Stay tuned to GH over the next weeks and months and check General Hospital spoilers frequently to see how the twin study storyline and the Boronsky Clinic in Russia might be connected.