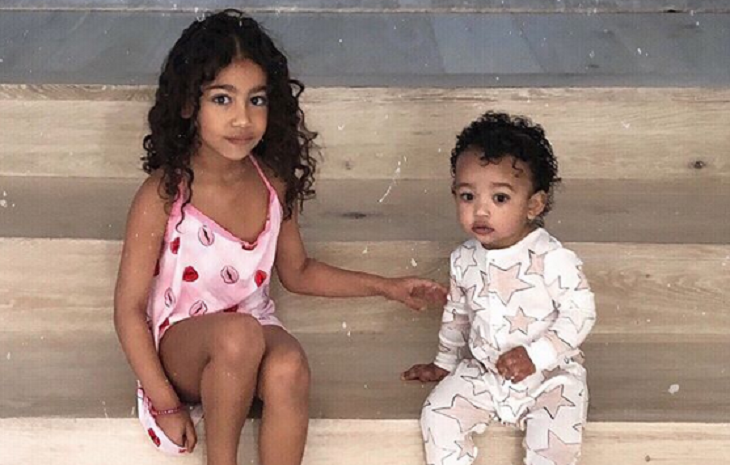 It looks like the Kardashian sisters need to make some room for this star in the making. It’s safe to say that the new generation of Kardashian and Jenners are taking over, as 5-year-old North West has just landed her very first solo magazine cover. And yes, she looks just as adorable as you would expect. Here’s what you need to know.

According to reports, the star in the making was featured on the cover of WWD’s Beauty magazine. The 5-year-old can be seen posing in holographic lace-up boots and an orange dress with a huge bow at the collar. Her hair is also worn in pigtails. In other shot, she’s wearing purple eyeshadow while also sporting mini-sunglasses that look like they were borrowed from her mom.

This shouldn’t surprise anyone, but proud mama Kim also posted a photo of the cover on her social media accounts while celebrating her firstborn’s achievements.

She wrote “My most stylish and beautiful baby girl North shot her 1st cover for @wwd !!!! She loves fashion & beauty and has so much fun doing this!”

The Beginning Of A Big Career?

We have a feeling that this won’t be the last time that we see little Nori grace the cover of a magazine all by herself. The little tot also made the cover of Harper’s Bazaar alongside her father Kanye West and brother Saint West last year.

She was actually sleeping like this for a good 30 minutes

In addition, she was also featured on the cover and in a lengthy piece with her mom Kim Kardashian for Interview Magazine back in 2017. Seeing just how cute and photogenic she is, this might be the start of something very big for North West.

Let us know what you think by leaving us a line with your thoughts in our comments section below. Also, don’t forget to check back with Hollywood Hiccups for all the latest news and updates on the Kardashians and all of your favorite celebrities right here!