The Bold and the Beautiful Spoilers: Thursday, February 28 – Katie Likes What She Sees In Bill – Wally Announce Their Departure From Forrester 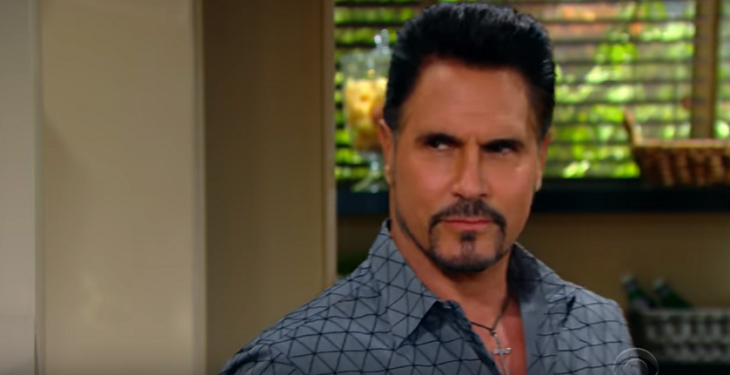 The Bold and the Beautiful (B&B) spoilers for Thursday, February 28, tease that Katie Forrester (Heather Tom) will once again be impressed by her ex Bill Spencer (Don Diamont). Bill stopped by unannounced to see Katie and Will Spencer (Finnegan George). Bill shared the good news about welcoming Wyatt Spencer (Darin Brooks) back to Spencer Publications, and Katie approved.

Katie and Bill now share something very important; they both want what’s best for Will. And it certainly looks like this will bring them closer together going forward. There’s clearly a new spark between the two of them. But how long until they’re willing to admit it?

Could you see these two as a couple again? 💘 RT if you’re a #Batie fan! pic.twitter.com/7MLQmU3HkN

Meanwhile, on the new episode of B&B on Thursday, February 28, Eric Forrester (John McCook) and Quinn Forrester (Rena Sofer) will learn that Wyatt and Sally Spectra (Courtney Hope) are on their way out the door at Forrester Creations.

Eric and Quinn will be surprised by the news. Eric especially will be baffled, since he just recently discussed the possibility of Sally becoming lead designer for the Hope For The Future line. It certainly seemed to Eric that Sally was contemplating a long career at Forrester.

Today on #BoldandBeautiful, Sally and Wyatt role-play “how to negotiate with Bill Spencer.” pic.twitter.com/pl7ypLhgK9

Wyatt and Sally will let Eric and Quinn know that they’ve been more than happy at Forrester, but that it’s time to explore other opportunities. They’ll explain that their respective family legacies are very important to them, and they need to see where this opportunity at Spencer Publications will take them.

The Bold And The Beautiful (B&B) Spoilers: 3 Reasons Ridge Forrester A Suspect…

The Bold And The Beautiful Rumors: Is Unhinged Quinn Forrester Hallucinating Carter…