The Bold and the Beautiful Spoilers: Friday, March 1 – Flo Gets A Job At Bikini Bar – Bill Stuns Wyatt & Sally 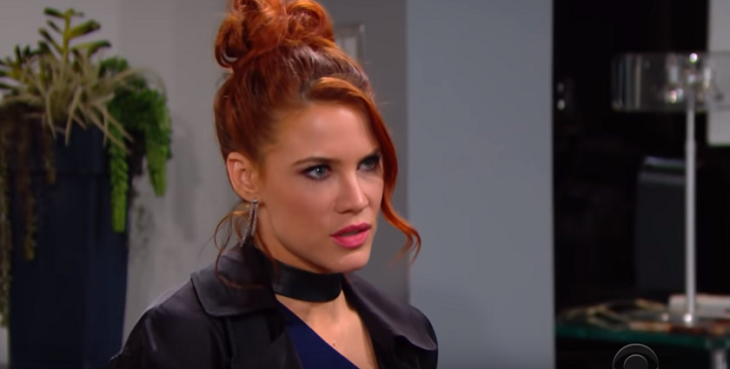 The Bold and the Beautiful (B&B) spoilers for Friday, March 1, tease that Florence “Flo” Fulton (Katrina Bowden) will shock Zoe Buckingham (Kiara Barnes). Zoe will be minding her business at Bikini Bar when she notices that Flo is now working there. She’ll realize that Flo must be intent on staying in Los Angeles rather than returning to her home in Las Vegas.

For Zoe, this will cause immediate panic, since she’s now invested in protecting her father Reese Buckingham (Wayne Brady) from getting caught for the baby switch and illegal adoption to Steffy Forrester (Jacqueline MacInnes Wood). Flo’s a loose end at best and a loose cannon at worst, and Zoe will fear that Flo’s conscience will get the better of her and she’ll spill the beans to someone about what she and Reese did.

Bill attempts to prove his loyalty to Wyatt by making him an offer that's hard to refuse. WATCH FULL EPISODE: https://t.co/ZUtluCOYUH #BoldandBeautiful pic.twitter.com/VcB3AJDNDn

Zoe will call out Flo and demand to know what she’s thinking by staying in Los Angeles, and especially by working at an establishment frequented by the Forresters and the Spencers. The last thing anyone needs is for Flo to run into Steffy or Hope Spencer (Annika Noelle). But it looks like Flo will be adamant on staying in Los Angeles and continuing her job at Bikini.

Meanwhile, on the new episode of B&B on Friday, March 1, Wyatt Spencer (Darin Brooks) and Sally Spectra (Courtney Hope) will be psyched up about meeting with Bill Spencer (Don Diamont) to talk about the details of the Spectra revival at Spencer Publications. They’ll probably be a bit overconfident and primarily focused on the demands that they’ll have for Bill.

But Bill will come to the table ready to negotiate, and he’ll have some key demands of his own. B&B spoilers say that Bill will throw Sally and Wyatt a curveball. Exactly what he lays on them remains to be seen, but it will be something completely unexpected, and the two of them may not know how to react.

It doesn’t look like Bill will have any malicious intent in his demands. In fact, his demands may even be good ones that will ultimately strengthen Spectra Fashions as a fashion powerhouse. Working with Bill may take Sally a little getting used to, though. She’d probably like to run the show entirely by herself, but she’s going to have to accept that she’s now partnering with Bill.

The Bold and the Beautiful Recap For Thursday, February 28: Quinn And Eric Worry–Katie And Bill Grow Closer