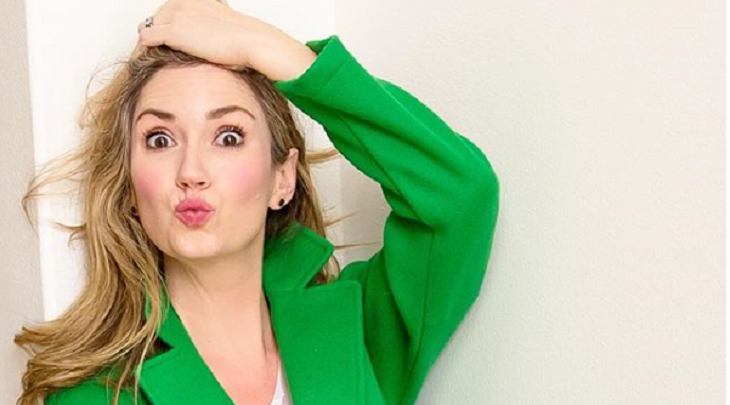 Ashley Jones, who plays Bridget in The Bold and The Beautiful, is keeping herself busy when she is not portraying her character in the soap. It was revealed that the actress is set to play a role in a short film directed by Marc Cartwright, “We Die Alone.”

Jones will portray Elaine, the love interest of Aidan, who will be played by Baker Chase Powell.

Ashley said, “Elaine is a good-hearted person who wants to help people. She meets Aidan, who is a lonely and insecure guy who wants to find and experience true love. The two characters meet but Elaine “misreads his advances and gets into an interesting situation.”

Jones added that Aidan is stuck in the past and it is affecting his present situation in many ways. She says the film is intriguing and extremely Hitchcockian.

Director Marc Cartwright has nothing but good things to say about Jones. He admitted that he’s been a fan of her for a long time. He admired her not for her roles in daytime dramas like The Young and The Restless or General Hospital, where she played Megan and Parker Forsyth, respectively, but during her stint in an HBO series True Blood.

He also revealed that The Bold and The Beautiful needed Jones last year, at the same time when they were filming the movie. Fortunately, the actress remained professional and was able to do her job on both B&B and the short film at the same time.

Jones loved working with the cast and crew of “We Die Alone.” She described everybody as accommodating. Although she is not the only actor who received job offers at the same time, she’s thankful for being given several opportunities. When asked to comment about it, she simply answered, “She says that keeping a positive outlook led to the phone ringing more often. “You change your perspective, you change your world.”

The Bold and the Beautiful Spoilers: Friday, March 1 – Flo Gets A Job At Bikini Bar – Bill Stuns Wyatt & Sally

Jones played Bridget Forrester since 2004. But other actresses also played the part including Agnes Bruckner, Jennifer Finnigan, and Emily Harrison.