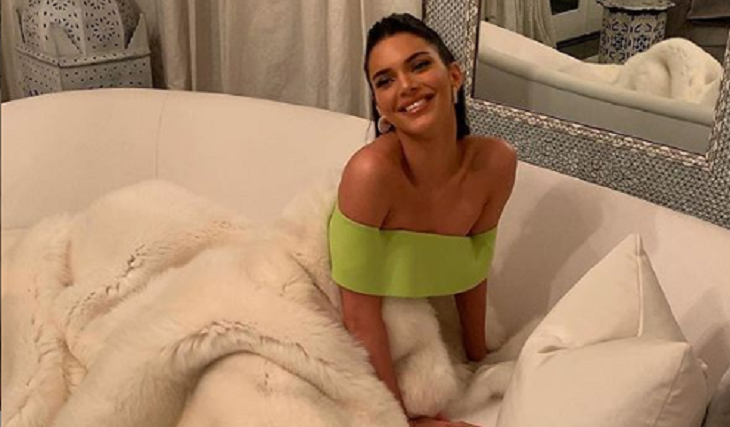 She’s a reality television star, a supermodel, and a household name. Does she also have what it takes to become a huge movie star, too? Apparently, the answer is yes. According to Caitlyn Jenner, she thinks that her multi-talented daughter Kendall Jenner can one day win an Academy Award of her own. And no, we are not kidding about this, either.

According to E! Online, the proud parent couldn’t help but gush about her daughter during the Vanity Fair party after the Oscars on Sunday night. Caitlyn opened up about Kendell’s future and what she thinks will happen next. Caitlyn said that Kendall has a certain “sparkle” to her and that out of all the Kardashians, she has the biggest chance of making her mark on Hollywood one day.

Excited to be a part of the new @calvinklein campaign celebrating what it means to live in the now. Thank you @_glen_luchford . #MYCALVINS #ad

Caitlyn explained, “Honestly, I think it would be Kendall. If you’ve noticed all the things that she’s done on-camera, outside of the show, she’s just been brilliant.”

If that weren’t enough, the former Olympian also said that if Kendall puts her mind to something, there’s a very good chance that she will do it. Out of all her sisters, she is the most ambitious person in the family.

@Proactiv helps me maintain my skin ✨ #ad If you want to try the system that works for me, click the link in my bio for a special offer!

Caitlyn went on to add, “She’s so good at what she does. I don’t know if she wants to do [acting] yet, ’cause she’s so successful at modeling. But at some point, I think she should do that, and I think she’d be very good at it.”

Tell us, do you think Kendall Jenner has a chance of cracking Hollywood? So far we haven’t seen her acting chops on the big screen but you can never say never, right?

In the meantime, let us know what you think in our comments section below. And as always, come back to Hollywood Hiccups for all the latest news and updates on the Kardashians right here!