The Bold and the Beautiful Recap For Friday, Match 1: Bill Throws A New Curveball At Sally– Liam And Hope Connect 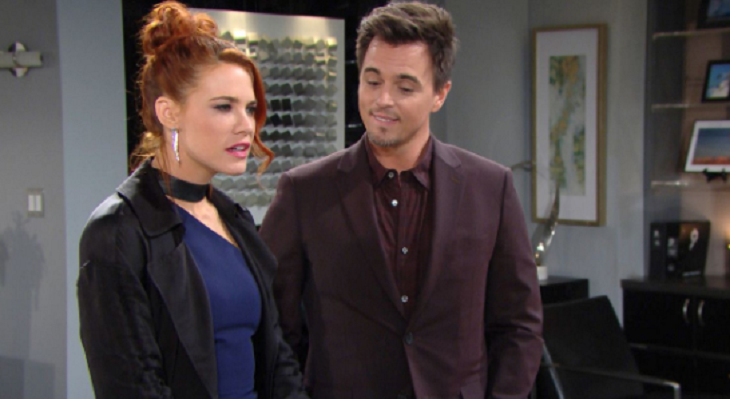 The Bold and the Beautiful (B&B) recap for Friday, March 1 finds that Zoe will learn something new about Flo. Bill takes a step back from Spectra Fashions and Liam continues to fight for Hope. Also, Justin doesn’t think Bill is making the right choices.

Bill And Justin Chat About Sally

It all begins when Justin (Aaron D. Spears) shares his thoughts on Bill (Don Diamont) bringing Wyatt (Darrin Brooks) and Sally (Courtney Hope) back on board. He understands that Bill is doing what’s best for his family, but Justin once again reminds him that they aren’t a fashion house.

Bill also admits that he still feels awful for what he did for ‘hot red head’ Sally in the past. Bill insists that he’s a different man. Sally says she’s thankful for this opportunity to revive her career.

Zoe confronts Flo, who is now working as a bartender at Bikini Bar today on #BoldandBeautiful. pic.twitter.com/hvn1bSCPIt

Bill then takes a step back and says he’s not starting up Spectra Fashions again. He wants the name changed from Spectra Fashions to Spencer Fashions. Even though Sally is stunned at first, she agrees to the new terms. Wyatt is on board, too.

Back at the cabin, Hope (Annika Noelle) gives some of Beth’s things to Phoebe. She hates parting with them but believes this is the right thing to do. Liam (Scott Clifton) begs Hope to never remove her wedding ring again. He doesn’t want to fight anymore.

Hope says she’s got plans, but Liam makes her promise that she won’t stop fighting for their marriage. Hope reveals that even though Beth is gone, she still feels her presence.

Do you think Hope can be a mom one day? #BoldandBeautiful pic.twitter.com/v3aWuU29l1

Liam tells her that while they will never forget their daughter, they can’t try to replace her with Phoebe. Liam doesn’t want to get back with Steffy, nor does he want to give up on their own family. He also hints that they should try to have another baby again.

Flo still feels guilty about Hope. Zoe also admits that she’s still furious at her father, but still loves him nonetheless. Both women agree that what he did was horrible and that they feel bad about the situation.