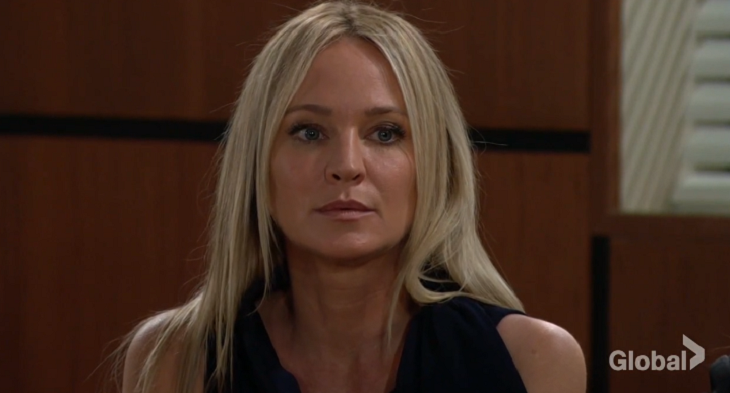 The Young and the Restless (Y&R) spoilers for Tuesday, March 5, tease that Michael Baldwin (Christian LeBlanc) will blast Nikki Newman (Melody Thomas Scott) and Victoria Newman (Amelia Heinle) over Phyllis Summers’ (Gina Tognoni) testimony. He’ll say he’ll do his best going forward, but they have to tell him the truth. Nikki will admit to him that everything Phyllis said on the stand yesterday was the truth.

Meanwhile, Sharon Newman (Sharon Case) will confer with Brittany Hodges (Lauren Woodward), and Brittany will say the outcome could be really bad if she can’t cast doubt on Phyllis’ testimony. Brittany will note that Sharon was arrested on February 14, and she’ll wonder why a married man was with Sharon on that date. Brittany will push and ask why Rey Rosales (Jordi Vilasuso) was at her house on Valentine’s Day.

At Jabot, Phyllis and Summer Newman (Hunter King) will chat about the trial, and Summer will wonder how Lola Rosales (Sasha Calle) is doing. Phyllis will hope that Nick Newman (Joshua Morrow) won’t blame her for what Christine Williams (Lauralee Bell) did. Summer will seem sure that her dad will come around.

Mariah And Tessa Worry About The Victor Threat

At Crimson Lights, Mariah Copeland (Camryn Grimes) will ask Nick if they’re ok, and Nick will remark that she didn’t let Christine use her, which was good. Nick won’t buy that Phyllis didn’t know what she was getting into. Mariah will ask where that leaves the two of them, and Nick will abruptly leave. Tessa Porter (Cait Fairbanks) will then note that the case is far from over and that they have Victor Newman (Eric Braeden) to worry about if the truth ever comes out.

Back with Nikki and Victoria, Nikki will tell Michael her rationale for making up the story of attacking JT Hellstrom (Thad Luckinbill) in the park alone. Nikki will ask to testify, so she can tell her side of the story, and Michael will strongly disagree. Victoria will say that she was a victim that night and should be the one to testify about that night. Michael won’t like it and he’ll berate Victoria for being inconsistent with the truth and will say that she’ll never survive Christine.

Summer Is A Match For Lola

Back at Jabot, Kyle Abbott (Michael Mealor) will banter with Phyllis about her disastrous testimony, then Summer will tell Kyle that she’s a match for Lola. Kyle will get excited and Summer will say that it’s major surgery and there could be complications. The two head to the GCAC to talk, and Kyle will say that he’ll do whatever it takes to make her realize that being Lola’s donor is the right thing to do.

Meanwhile, Sharon will tell Brittany about the history of her relationship with Rey after a bit of hesitation. Brittany will push Sharon, and Sharon will admit that Rey told her on Valentine’s Day that he loved her, and that something clearly happened between Rey and Mia Rosales (Noemi Gonzalez) that night. Brittany will insinuate that Rey used “love” as a technique to get a confession, and Sharon will say that Rey wouldn’t do that, but Brittany asks if she’s sure about that.

At Crimson Lights, Mariah will tell Tessa that they should go away on vacation together after Sharon is acquitted. Tessa will thank Mariah for taking her mind off the fact that she could go to jail. They’ll decide to go to San Francisco, where they had their first kiss.

Back with Nikki and Victoria, Michael will try to sell them on the idea of plea deals – reduced sentence for Nikki and community service for Victoria. Victoria won’t like the idea of Nikki spending any time in prison, but Nikki will say it’s what’s best and Victoria doesn’t have any choice. Michael will leave to talk to Christine about the deals.

Brittany will rejoin Sharon, and Sharon will be stunned to learn that Nikki and Victoria were willing to plead guilty. Brittany will say that Sharon’s case is stronger and that Rey knew exactly what he was doing when he came to her house on Valentine’s Day and when he started his whole relationship with her. Sharon will come to believe that everything Rey did with her since he first came to GC was a lie. Brittany says it all spells acquittal.

Michael will rejoin Nikki and Victoria, and they’ll learn that Sharon wasn’t considering a deal. They’ll wonder what’s their next move, and Michael will say that he’s already made it. Meanwhile, Tessa will get a call summoning her to court, where she’ll be called as Michael’s next witness. Tessa and Mariah panic.

At the GCAC, Kyle and Summer will talk about the transplant process, but Summer will want to clear the air between them. Kyle will apologize for how he’s treated Summer lately, and that he still believes she is a good person. Kyle says she’d be a hero if she does through with the donation. He says he’ll do anything to get Summer to do it, even marry her if that’s what it takes.