General Hospital Spoilers: Drew Gets A Surprising Text– Did Oscar Tell Him About His Road Trip? 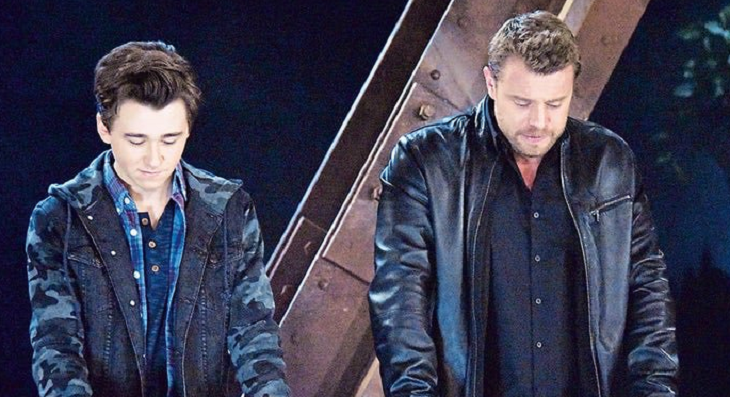 General Hospital (GH) spoilers tease that Drew Cain (Billy Miller) will receive an interesting text. Could Oscar Nero (Garren Lake Stitt) have decided to let at least one of his parents know that he and his friends were leaving on a road trip?

Did Oscar Tell Drew About His Roadtrip Plans?

The teen knows his overprotective mother Kim Nero (Tamara Braun) will have put the kibosh on the whole thing, especially if she knew they were going by themselves with no adult chaperones! Carly Corinthos (Laura Wright) would have preferred it that way as well and offered to drive.

However,  she will be otherwise occupied as well as Cameron Webber’s (William Lipton) mother Liz (Rebecca Herbst) and so far none of the kids had let their parents know of their plans! Oscar may have decided someone should know, and that Drew would be the least likely to freak out and stop the trip!

Drew will possibly not be as freaked out as the kids’ mothers would, although if he knows Cam is the driver, he may be worried! Drew’s going to have a lot on his plate. He’s worried about Jordan Ashford (Briana Nicole Henry) condition, as well as Franco’s (Roger Howarth) health after Ryan (Jon Lindstrom) stabbed him.

Other General Hospital spoilers tease that disaster could lie ahead for the kids, possibly Oscar having a seizure while taking a turn at the wheel, although Cam is supposed to be the driver. It’ll be easier for help to reach them if someone at least knows where they’re headed, if not the exact route! Exciting drama lies ahead on GH.