The Bold And The Beautiful Spoilers: Bill Stuns Sally – Renames Spectra — Thomas Returns To Save Spectra? 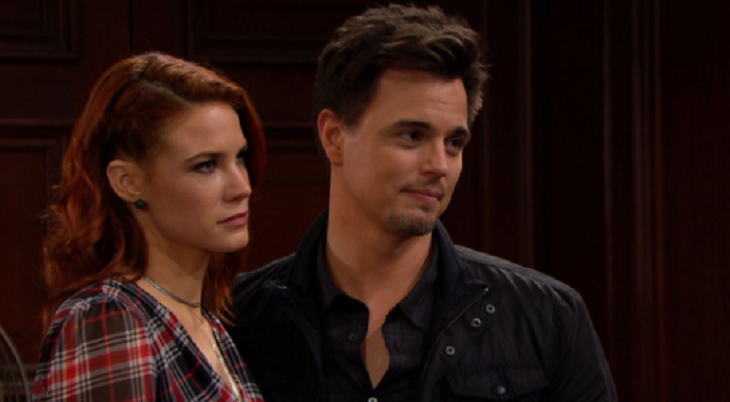 The Bold and the Beautiful (B&B) spoilers for the week of March 4 tease that Bill Spencer (Don Diamont) will have shocking news to give to Sally Spectra (Courtney Hope) about resurrecting Spectra Fashions. It will be something that will leave Sally speechless and she will be unsure if she wants to work with him. Here’s what you need to know about what’s ahead on B&B.

Everyone is prepared for Bill to drop a surprise where Spectra Fashions is concerned. He agreed to back it as part of his deal to bring Wyatt Fuller (Darin Brooks) back to Spencer. However, Bill isn’t sure if he wants his name and company attached to anything with the last name Spectra.

That is when Bill gets a great idea, with Justin Barber’s (Aaron Spears) help. The Bold and the Beautiful spoilers say that Bill will announce that he will fully back Spectra fashion house, but he’s renaming it. The new name will be Spencer Fashions. And, Sally will be the lead designer.

Of course, Sally will not be thrilled with this new idea. She isn’t sure if it’s a good idea and feels that all the hard work she has done to make a name for herself will be gone when it isn’t her family name on the business. As you can imagine, Bill will make sure it’s known that if she doesn’t like it, she can crawl back to Forrester Creations and work under Steffy (Jacqueline MacInnes Wood).

B&B spoilers state that Thomas will come in and see that Sally is not in a healthy work environment, working under the Spencer umbrella. At this point, we don’t know if Thomas will want to rekindle his romance with Sally. But one thing is certain, he will not want her working under Bill.

Today on #BoldandBeautiful, Bill is caught off-guard by Wyatt’s request that he rebuild Spectra Fashions. pic.twitter.com/KpJSyDvugt

Thomas will come back and check in with Sally. If she gives him any reason to think she is not in a good place, he might offer to save her by backing her company as allow her to use her family name. They work great together. It could spell trouble for her relationship with Wyatt as she and Thomas had something very special.

Do you like Bill’s idea of renaming Spectra Fashions? Will Thomas save Sally from Bill’s clutches? Don’t forget to come back to Hollywood Hiccups for more The Bold and the Beautiful (B&B) spoilers, news, and casting updates!