The Young and the Restless Poll: Will J.T. Storyline Finally End This Month? Vote Now! 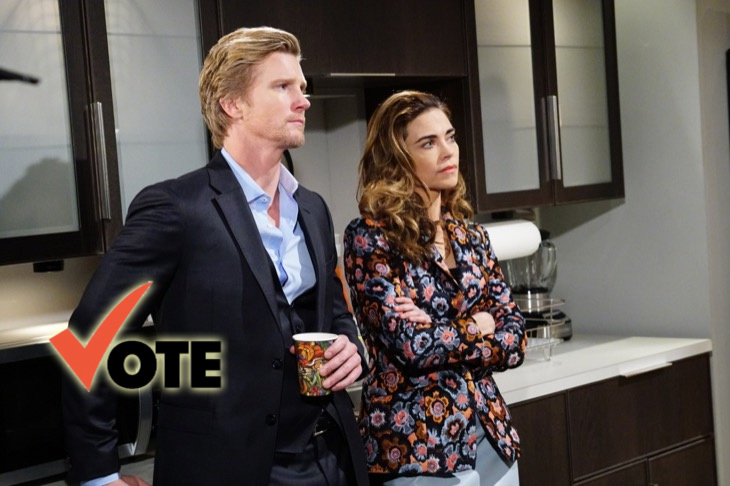 Convictions are imminent on The Young and the Restless. So the trial’s coming conclusion could signal the end of the J.T. (Thad Luckinbill) storyline, right?

The End Is Near

Various Y&R actors memorized and then mouthed dialogue that included the date April 13, 2018, within recent weeks. That verbal clue winked retrospectively and appears to telegraph the wrap to this very long arc.

The crew is no longer covered. Everyone knows what Nikki (Melody Thomas Scott) did and that she, along with the three other ladies didn’t report J.T.’s death to the police.

The issue of his unlawful burial has also become key to the current case, as that foolish action makes them look guilty as heck. Nikki, Victoria (Amelia Heinle), Phyllis (Gina Tognoni), and Sharon (Sharon Case) hadn’t actually done anything that was wrong.

Court is now in recess for the weekend but DON’T MISS MONDAY!! @YandR_CBS @CBSDaytime @YRInsider pic.twitter.com/F49vZxHLSa

Nikki defended her daughter’s life, while Phyllis and Sharon witnessed that deeply dramatic event. But choosing to handle what happened next, transporting J.T. to Chancellor Park, digging a grave, throwing him in and then burying the body was wrong.

Will The Women Get Jail Time?

Convictions followed by jail time could stretch into the spring, which would only be later this month. So it’s possible that within a matter of weeks some event could change everything? Well, J.T. will still be dead and all that happened won’t magically be erased.

The unidentified stranger who set up a surveillance system at the Newman Ranch and was in contact with Katie (Sienna Mercuri) remains a threat. Who is this person and what will he, or she do next?

Doug Davidson (Paul) announced that his character will be seen in Genoa City a handful of days after Spring dawns. Could he and Rey (Jordi Vilasuso), along with Christine (Lauralee Bell), combine to solve all mysteries on the day the Chief returns?

Fans of The Young and the Restless rightfully express their opinions on a regular basis. So, how much farther will the J.T. storyline go? Please vote in our poll below!

The Young And The Restless Spoilers: Mariah’s Testimony Leads To Tessa’s Arrest— Is She Leaving Y&R?