The Young And The Restless Spoilers: Mariah’s Testimony Leads To Tessa’s Arrest— Is She Leaving Y&R? 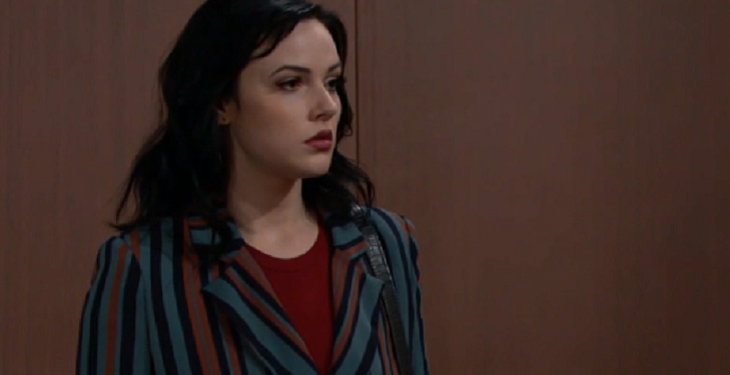 The Young and the Restless (Y&R) spoilers for the week of March 4 tease that Tessa Porter (Cait Fairbanks) will find herself in a bad spot. After her girlfriend, Mariah Copeland (Camryn Grimes) testifies in JT Hellstrom’s (Thad Luckinbill) murder trial. Here’s what you need to know about what’s ahead for Tessa on Y&R.

Christine Williams (Lauralee Bell) pressed Mariah, as her first witness, to incriminate Tessa in some type of crime. Mariah refused. She would not say anything that they could use to file a charge on Tessa. However, even though Mariah refused to help, it looks like Christine found evidence that Tessa was involved in a crime. But what? And, what does this mean for the character?

We have our first witness. #YR pic.twitter.com/7qTBFp8dYV

Soap Opera Digest reported that Tessa will be arrested next week. It isn’t clear if she will be booked on charges related to JT, as she had very little to do with it. In fact, the cover-up crew was convinced that Tessa was the one who was harassing them. So much so, they kidnapped her.

Sharon (Sharon Case), Nikki (Melody Thomas Scott), and Victoria Newman (Amelia Heinle) kidnapped her after it came out she blackmailed the women with a tape that she had discovered. Ont he recording, the women were loading JT’s lifeless body in the trunk of a car.

The women scared poor Tessa and she decided not to ever do anything like that again. In fact, she told Mariah that she only pulled that scam to get her sister across the Canadian border to get away safely. Mariah quickly forgave her.

Tessa character was never accepted by the Y&R fanbase. They didn’t think she was a good fit for Mariah. As a result, many fans have asked for the show to write her off the show.

Well, those fans could be in luck. There is no word on how her arrest storyline will play out, but it could be her exit storyline. Perhaps, Y&R is bringing a better love interest for Mariah in the coming weeks.

Why is Tessa getting arrested next week? Don’t forget to come back to Hollywood Hiccups for more The Young and the Restless (Y&R) spoilers, news, and casting updates!