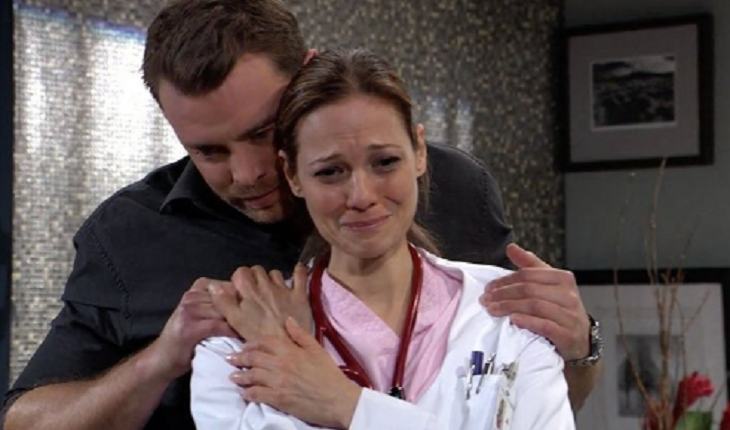 General Hospital (GH) spoilers tease that Dr. Kim Nero (Tamara Braun) will receive an alarming phone call. It could be from a hospital or the Highway Patrol in northern New York state. She will likely immediately fear the worst, that her terminally ill son Oscar Nero (Garren Lake Stitt) has been injured or worse on his road trip with Cameron Webber (William Lipton), Josslyn Jacks (Eden McCoy) and their friend Trina (Sydney Mikayla) to Niagara Falls! Or is she even aware that they went?

Plans were not firmed up by the time Carly Corinthos (Laura Wright) went missing, kidnapped by Ryan Chamberlain (Jon Lindstrom) and even though Carly had advised strongly that Joss let her drive, and go along as a chaperone, she refused.

No Parent Knows The Teens Went On A Trip

It’s likely no one had given Carly, Kim, or Cam’s mother Liz Baldwin (Rebecca Herbst) a heads up that they were even going; the plans had been to go and come back the same day, before dark, because of Cameron’s junior license.

That way no one would be the wiser, or so they assumed! However, other General Hospital spoilers tease that Oscar may have sent a text to his dad Drew Cain (Billy Miller) and he may have passed on the information, although it is unlikely since either Kim or Carly would have immediately tried to follow the kids on their trip!

He may not have advised Liz either since she was so overwrought with Franco Baldwin’s (Roger Howarth) guilty plea issues.

Other General Hospital spoilers tease of a dire situation from the teens getting into a bad accident, possibly even with Oscar himself allowed to be at the wheel for a short time even though he was denied a driver’s license because of his brain tumor!

Stay tuned to GH and keep checking General Hospital spoilers frequently, to see all the dramatic developments coming up in the next few weeks!